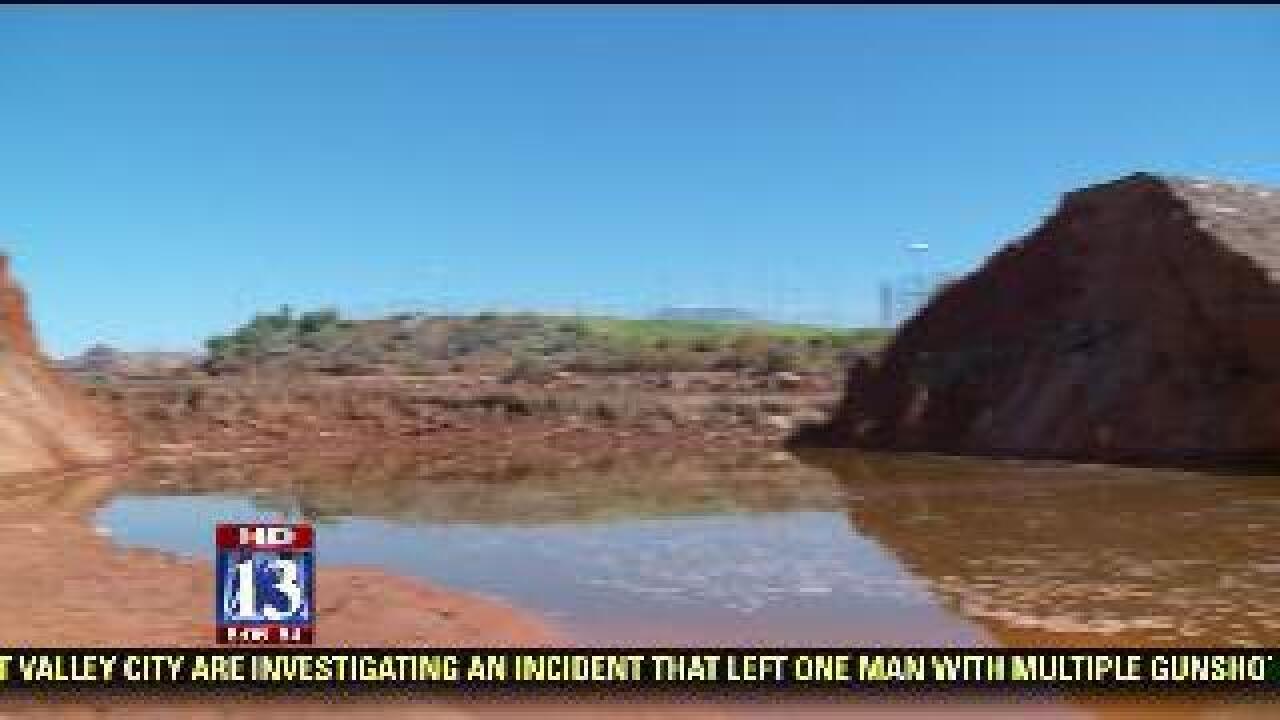 SANTA CLARA, Utah -- The dike that washed out in Santa Clara on Tuesday was rated in April as one of the top 10 dams in Washington County that needed repairs.

The dam safety inspection, conducted by the Division of Water Rights, reported the dam had a high hazard level, noting some areas that needed maintenance.

The report said there were rodent burrows along the dam and that employees needed to control vegetation growing along both sides.

The town's mayor says they went out several times this year to try to get rid of the rodents along the dike.

"The city crews go out routinely, they don't just wait for the annual inspection," said Santa Clara Mayor Rick Rosenberg. "We go out routinely and place poison to try and control the rodents themselves and then we back-fill the holes as best we can from the surface."

Hundreds of volunteers have stepped up to assist in the massive cleanup effort in Santa Clara this week.

Flooding has left mud and debris behind. Sixteen businesses and between 25 and 30 homes were damaged when the dike gave way.

Santa Clara City Officials said the damage estimated to infrastructure is nearly $3 million, and that figure will likely go up. Crew has started to inspect areas outside the immediate flood zone and they are reportedly finding new damage.

The Dutchman convenience store is among the damaged structures.

"We're basically gonna have to almost gut the inside of the building as far as sheetrock and all the equipment that is out now and start over," said Nick Frey, owner of the Dutchman.

The mayor has declared the area a disaster zone and has requested federal funding to help with the cleanup, replace public infrastructure as well as build a new dike. However, residents downhill from the washed out dike will not see those funds.

An account has been established to provide relief for city residents and businesses affected by the flooding as well. Donations can be made at the State Bank of Southern Utah into an account called Santa Clara Flood Relief Fund 2012.