Teacher surprised in class with husband’s return from Afghanistan 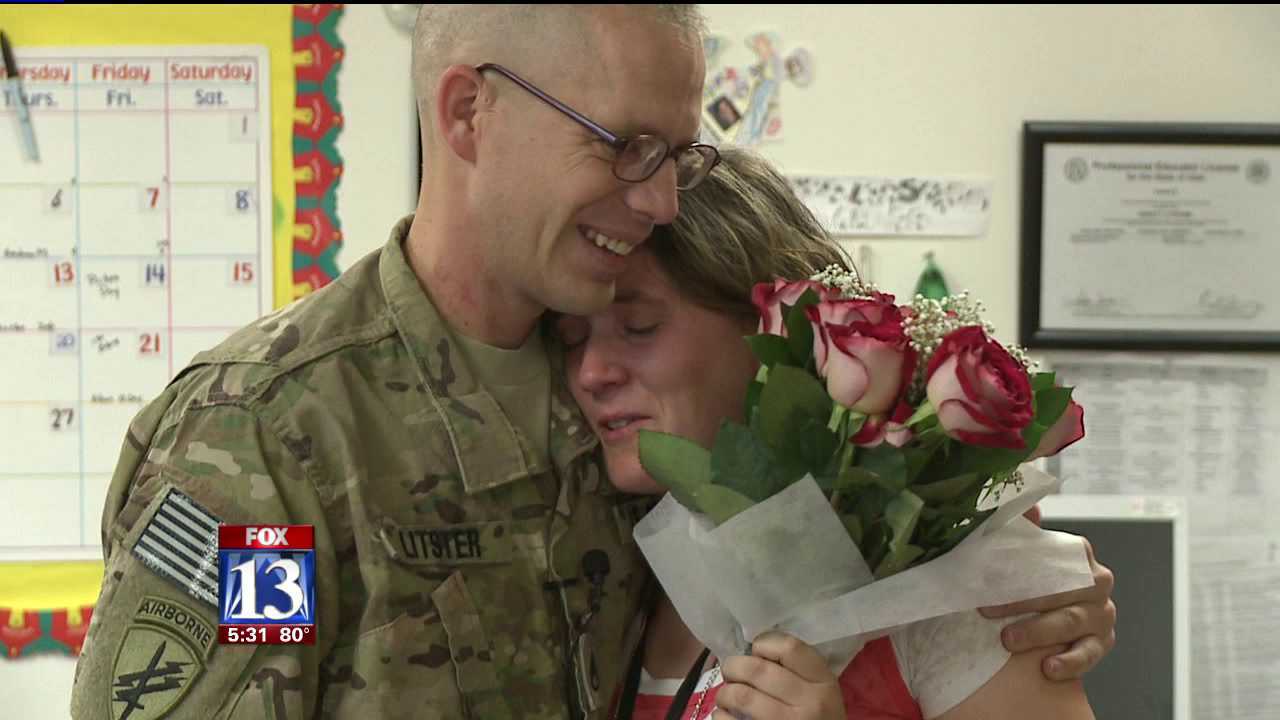 PAYSON, Utah -- A school teacher got a welcome surprise on Thursday when her military husband came home six months early from Afghanistan.

Sgt. Ben Litster says he always gets flack from his wife for not being spontaneous so he orchestrated the ultimate surprise by unexpectedly dropping in on his whole family.

Ben Litster’s wife Christy was in shock when her husband walked into her classroom.  Gasping and at a loss for words they embraced, tears flowing.

"We'd talked about crazy things like that happening, if he'd got to come home early, but I never actually thought they would have him com home early," said Christy Litster. "Very, very surprised, very, very happy."

Ben Litster was halfway through a 12-month tour in Afghanistan. He serves as a Civil Affairs soldier, responsible for assisting governments with communication, budget and building infrastructure.

Ben Litster says it was tough keeping the secret and he even had to tell a few white lies along the way to throw his wife off track. But it was all worth it to see those tears of joy.

"The idea just kind of hit me,” said Ben Litster. “As soon as I found out, I said, ‘well she has no idea I'm coming home this early and she's always giving me a hard time because I don't surprise her enough’, so I figured, OK, I'll give her the mother of all surprises."

Christy Litster was not the only one getting surprised. The Litsters have three kids in elementary school, so they hopped in the car to drop in on each of their classes. Every time it was a joyful, tear-inducing reunion.

Ben Litster said he was expecting a more riotous reaction, but their children kept their celebrations quiet. He credits Christy for their children being so well-behaved.

“"It tells me they're mom is outstanding,” Ben Litster said. “She's doing a wonderful job as a single working mom, with me out of the picture for a while. It's been rough for her I'm sure."

Christy Litster said it is difficult at times. She says she has a great support system of friends and family to help them while Ben Litster is overseas.