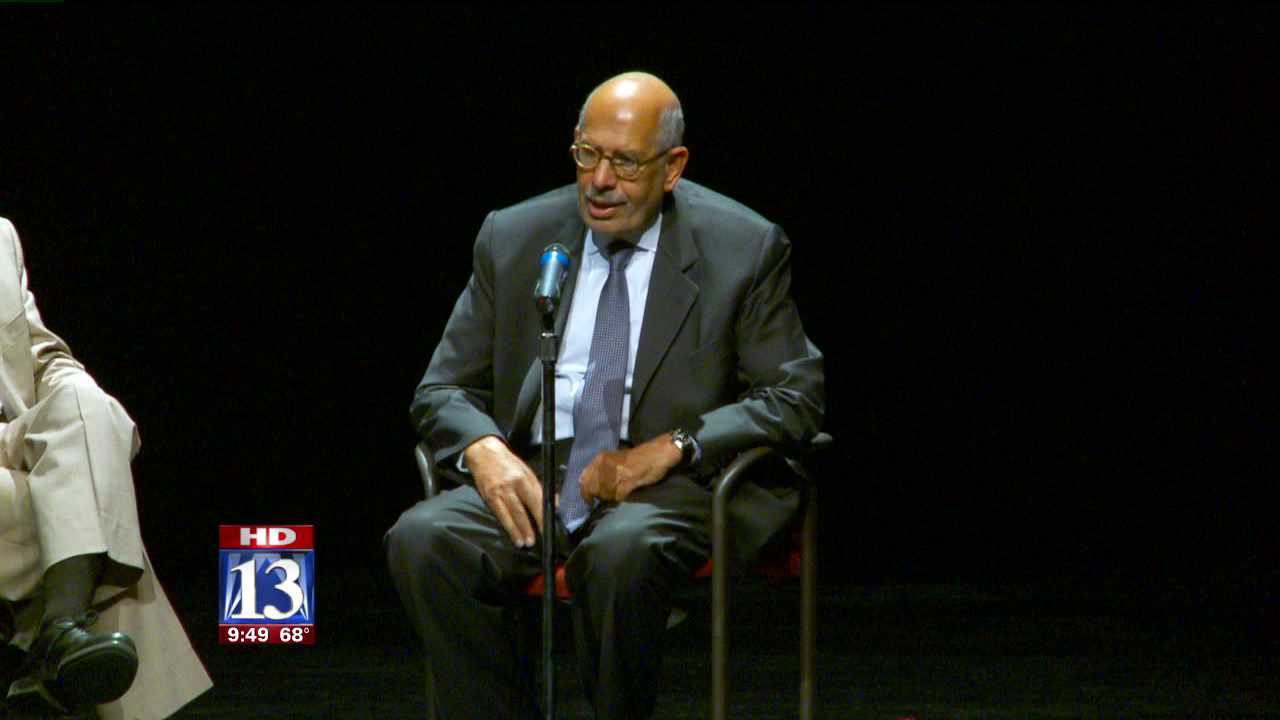 SALT LAKE CITY -- A full house at the University of Utah's Kingsbury Hall heard Nobel Laureate Mohamed ElBaradei explain how an obscure YouTube video became an international flashpoint and what he thinks the U.S. should do in response.

Citizens who have spent their lives under oppressive regimes don't have experience with governments that do not exercise control over everything broadcast, published, or posted online.

"The film was offensive. The film was vile, but this was part of freedom of expression. It's protected in your First Amendment, but that is widely misunderstood," ElBaradei said.

The long-time weapons inspector said Arabs have a love-hate relationship with the U.S. because it has propped up dictators in the middle east instead of recognizing how much cultural and political influence they could have over the masses. He called for the U.S. to focus on so-called "soft-power" rather than military might to influence the region.

"Seduction is always more effective than coercion and values like democracy and human rights and individual opportunities are deeply seductive," said El Baradei.

Mohamed ElBaradei directed the International Atomic Energy Agency (IAEA) as the U.S. moved toward war with Saddam Hussein's Iraq. He was a prominent voice against the U.S. invasion. He continued his role with the agency through the rise of North Korea's Nuclear program and Iran's suspected pursuit of nuclear weapons.

Then came the Arab Spring. ElBaradei supported protesters pursuing democratic reforms in the face of Hosni Mubarak's oppressive decades old regime. At that time ElBaradei was critical of the Obama administration because he thought they were slow to support the ouster of Mubarak.

ElBaradei was widely viewed as a possible Egyptian president. He would have been a favorite of Western governments because of his moderate, secular views, as opposed to the Muslim Brotherhood that won a narrow victory in Egypt's first democratic elections.

ElBaradei did form a political party, but did not run in this year's election. At the University of Utah event, Humanities Dean Robert Newman said ElBaradei may run in the 2016 Egyptian election as he introduced ElBaradei. The visiting dignitary did not argue with Newman's comment.