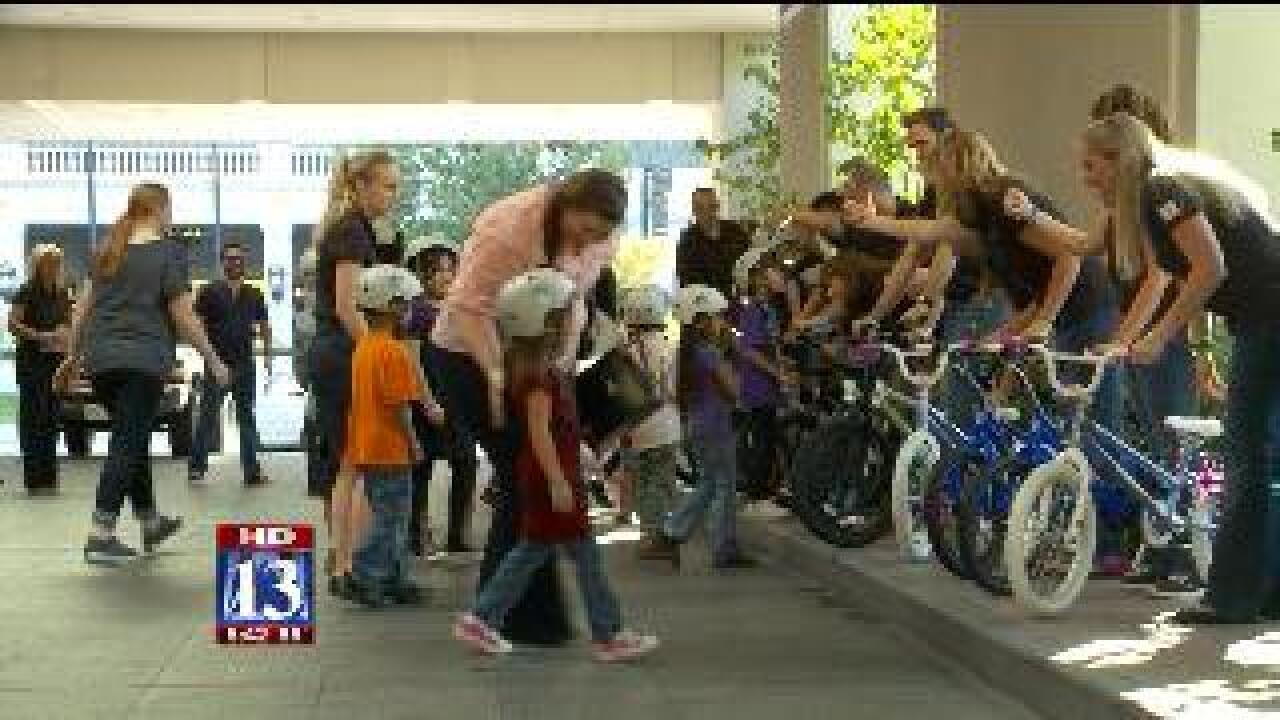 The family of a 4-year-old boy who died this year is turning their grief into a project to enrich other children’s lives.

Carson Cheney died when a headstone fell on the him at a cemetery in Park City earlier this year.

His parents have since teamed up with the Franklin Covey Education Team to give bicycles to deserving Fremont Elementary students.

Donning wristbands and placing stickers on helmets and bikes, children at Fremont honored Carson for the courageous life he led.

"Sometimes he would ride alongside these other kids and say 'you can do it, you can do it,'" says Zach Cheney.

Carson's parents said he lived an active life, always on the go.

Zach Cheney, who works at Franklin Covey, teamed up with his fellow employees in honoring Carson's life.

McCarty and Fremont teachers nominated 14 students -- two children from each grade, who have demonstrated extraordinary leadership or courage in some way, to receive one of the courage bikes.

"We want these bikes to be a symbol to these kids that they can do hard things, they can have courage to overcome challenges. That they can believe in themselves, that they are leaders," said Zach Cheney. "They're leaders of themselves and, if they apply principles and if they have confidence and courage, they can do great things in their lives."