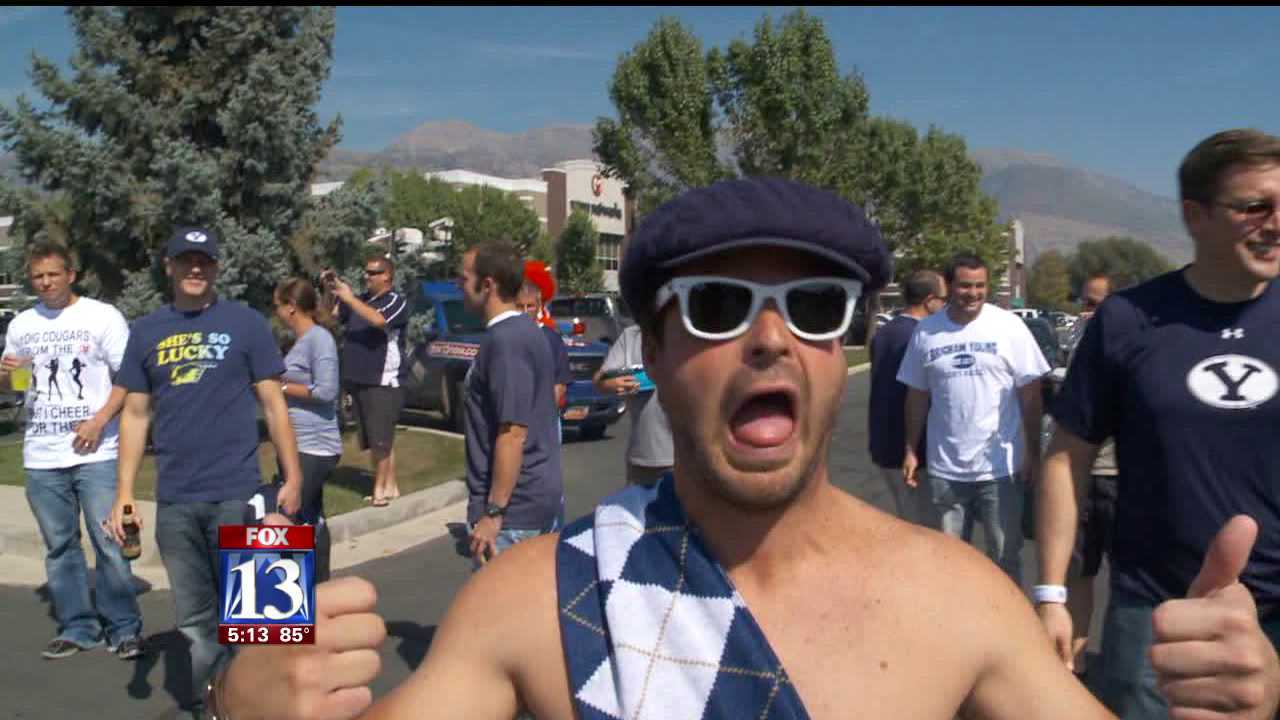 AMERICAN FORK, Utah -- After a week-long build up, University of Utah and BYU fans are ready for their teams to take the field.

On Thursday, both sides held rallies to pump up fans and gear up for the biggest rivalry game in the state.

"We need to dominate and go out with a bang,” said Utah fan Will Paarmann. “Which is why we need to make sure BYU is sore by the next time we meet them."

The University of Utah arguably has more at stake in this game; it’s also their Homecoming match. On Thursday, the Ute Cheerleaders, the marching band, and Swoop led fans in a public pep rally at The Gateway.

The team is still recovering from a devastating loss to Utah State and fans are trying to move on and focus on a repeat of last year’s rival match up.

Meanwhile, in American Fork, Cougar fans used Us as target practice. Local Software Company DOMO let employees out early to tailgate in the building’s parking lot. The company’s CEO Josh James says it’s all in good fun and just a way for employees to come together and gear up for the big game.

“This is our first inaugural year,” said James. “So we’re just kind of setting the bar. I’m sure it will get a lot crazier. There are a lot of people out supporting the Cougars.”

Cosmo and the Cougarettes showed up to rev up the crowd; former BYU Player Chad Lewis also answered questions from the crowd.

Rallies and tailgating will go on until kick off on Saturday. For some fans the game will be redemption, while others will just be glad when it’s over.