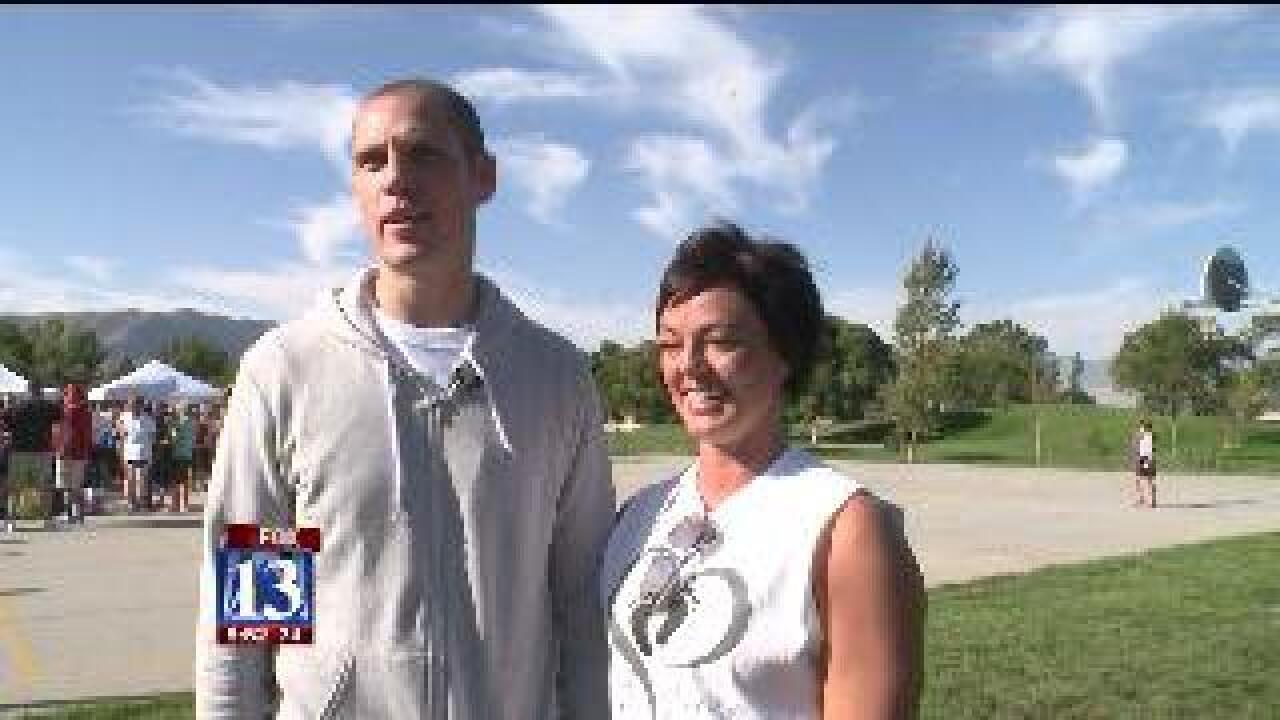 Hundreds of people took part in a 5K run in Draper Saturday morning, all certain they could beat the odds.

Everyone who participated in the Footsteps for Fertility 5K put their name in a raffle to win a round of in vitro fertilization. The procedure costs at least $10,000.

"Somebody very deserving is going to win today, no matter who wins, everyone deserves a chance to have a baby," said Liz Aragon. She said she and her husband have been trying to get pregnant for 10 years and the emotional toll has been difficult.

Brian and Ramsi Stoker also participated in the event. The couple have previously tried insemination and a first round of in vitro without being pregnant. They have been trying for a baby for four years.

"I always knew I wanted to be a mom, but I always wanted to wait until we were, like completely ready," said Ramsi Stoker, participant. "We had five good years just as a couple and loved every second of it. And then we realized we were ready for the next step and we really thought that the second that we stopped preventing it, it would happen."

The Stokers name was drawn in the raffle.

"This is our lucky day," Ramsi Stoker said.

The couple said approximately 10 percent of the participants in the event were there to support them.

The Footsteps for Fertility organizers said they expect to put on the same event next year.