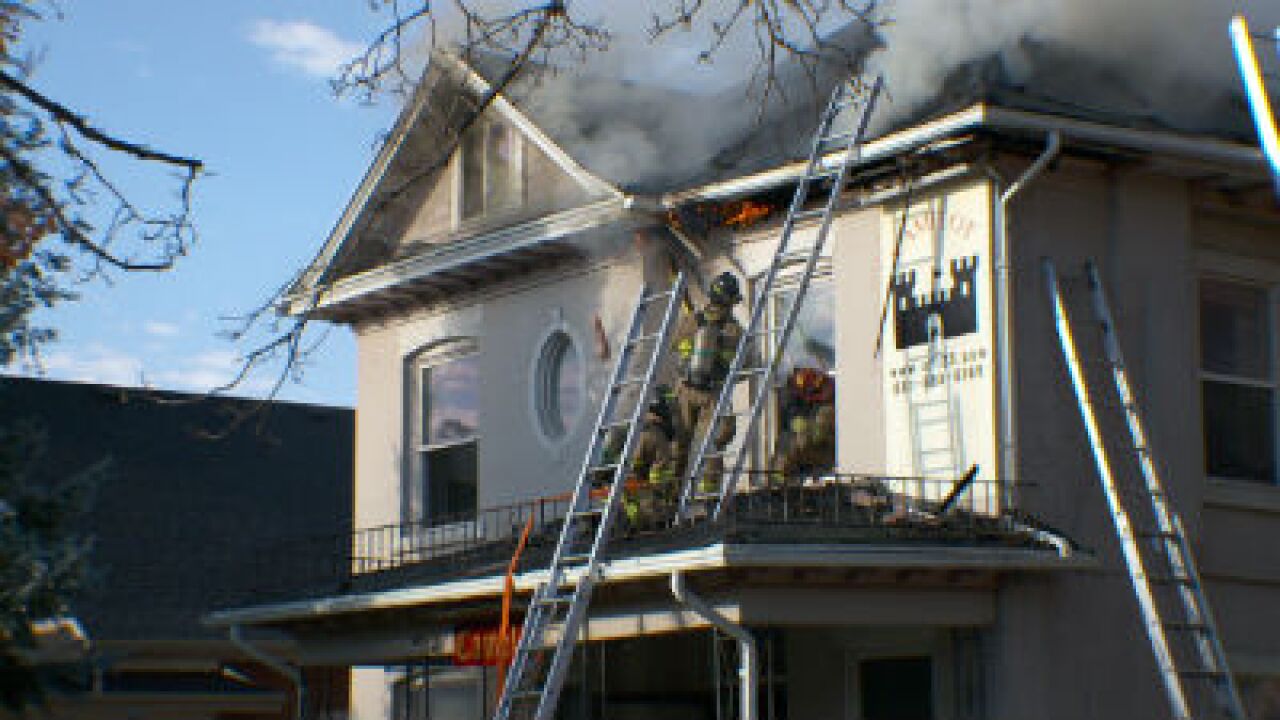 The flames broke out at a home located near 500 East and 556 South in downtown Salt Lake City. No one was living in the house at the time, but a local group trying to help homeless youth had plans to renovate the building.

The boarding house, built in 1902, was purchased late last year by Volunteers of America to remodel and use as a halfway house for young men.

Salt Lake City Fire officials say an electrical issue sparked a fire inside the building, but since the building was unoccupied, the fire burned for a while before the alarm system was triggered and firefighters were notified. By the time fire crews arrived, smoke and flames were burning through the roof and nearby buildings had to be evacuated.

The building was destroyed on the third floor and much of the rest of the house had extreme smoke and water damage. Firefighters say it will have to be rebuilt from the ground up.

Now the Volunteers of America have to decide what they're going to do with the charred building. They'd planned to have the shelter opened by the end of the year, but that plan has been delayed.

"I hate to see the project get delayed because the need for housing for these young homeless people is so great," said Kathy Bray, Volunteers of America Utah. "This changes our plan and we will work with it and just adjust and do what we need to do because we still intend to open a housing unit to assist more homeless youth in getting off the streets."

Volunteers of America say they will meet with an architect and their builder this week to figure out the next step in the building process.