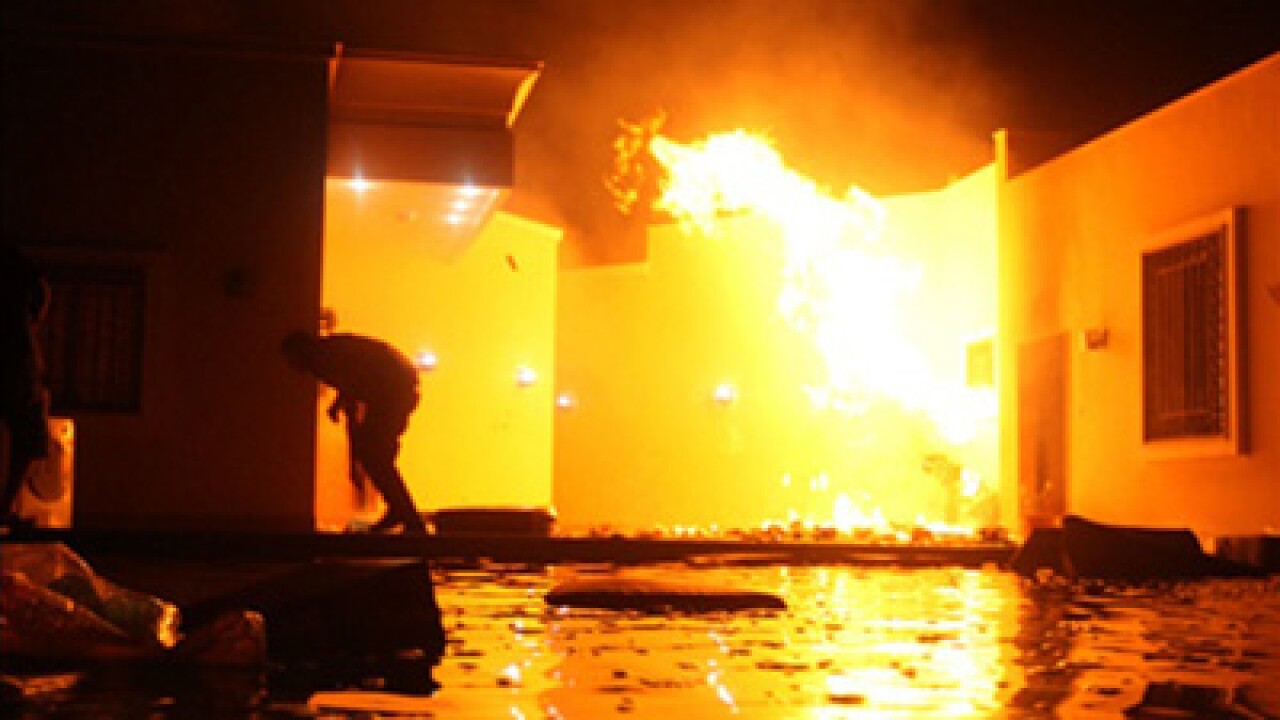 TRIPOLI, Libya (CNN) — Libyan authorities have made more arrests in connection with the attack on the U.S. consulate that left the U.S. ambassador and three others dead, the president of Libya’s parliament said Sunday.

Mohamed al-Magariaf, the head of Libya’s General National Congress, said around 50 people have been arrested, though another senior government official said the number was not that high.

The official said as many as 50 people have been brought in for questioning but not all of them were arrested. They were people who were at a protest outside the consulate but there was no indication yet that they took part in the violence, he said.

Al-Magariaf told CBS’ “Face the Nation” that a “few” of those arrested are foreigners, some of them from Mali and Algeria. The others are affiliated with al Qaeda or are sympathizers, he said.

Al-Magariaf said he has “no doubt” the fatal attack was planned and not a result of the anti-American demonstrations that began that day — the 11th anniversary of the Sept. 11 terrorist attacks on the United States.

“Definitely it was planned by foreigners, by people who entered the country a few months ago, and they were planning this criminal act since their arrival,” he said.

The senior Libyan government official said there is no evidence yet that the attack was planned or that al Qaeda was involved.

U.S. officials believe extremists carried out the attack on the consulate in Benghazi, but that they did it after a spontaneous protest began outside the building, said Susan Rice, the U.S. ambassador to the United Nations.

“We do not have information at present that leads us to conclude that this was premeditated or preplanned,” Rice told “Face the Nation.”

The FBI is investigating the attack but has yet to enter the country because of volatility there. In the meantime, FBI agents are interviewing witnesses outside Libya, federal law enforcement officials said.

The United States has, however, deployed warships and surveillance drones in its hunt for the killers, and a contingent of 50 Marines has arrived to boost the security of Americans in Libya.

The protest in front of the consulate was over a film, made in the United States, that mocks the Prophet Mohammed.