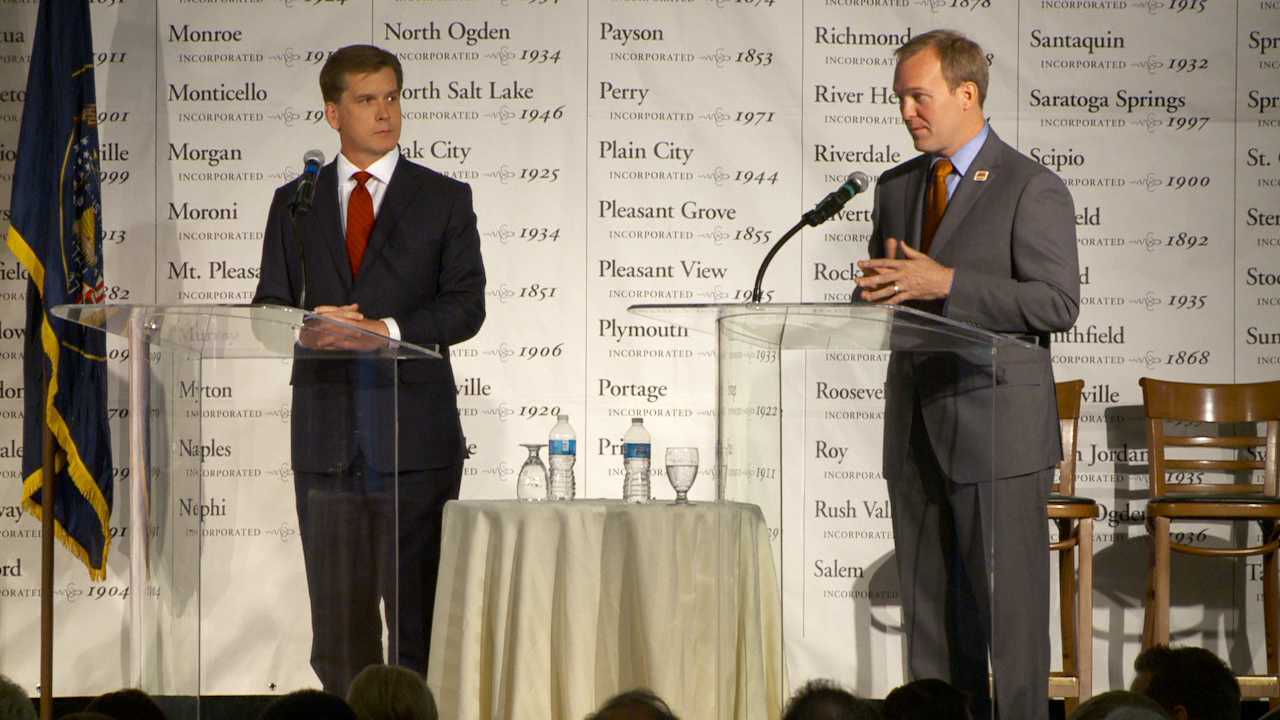 SALT LAKE CITY - With Salt Lake County Mayor Peter Corroon retiring, the race against Democratic State Senator Ben McAdams and Republican businessmen Mark Crockett is one of the most contested of this year's political season.

McAdams touts his bipartisan support while Crockett is highlighting his business experience. The two met in an intense debate earlier this week.