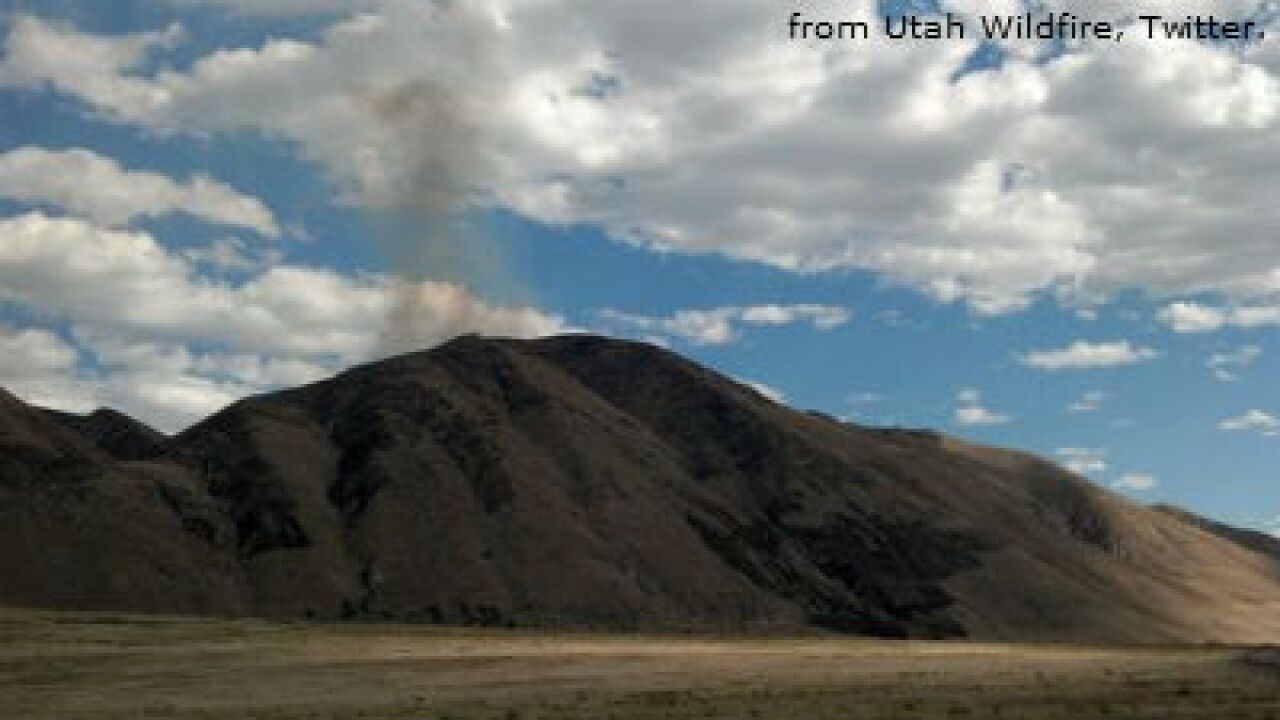 UPDATE, Sept. 17 7:00 p.m. – The Bureau of Land Management released a statement saying the West Lake Fire is at 615 acres, but is still expected to be contained Monday night.

It currently is at 95-percent containment.

UPDATE, Sept. 17 11:30 a.m. – The West Lake Fire is expected to be contained by Monday evening, according to Cami Lee, with the Utah Bureau of Land Management. The fire has burned 400 acres.

The West Lake Fire started on Saturday and Utah Bureau of Land Management officials say it was likely started by target shooting. It is burning on West Mountain, located near the south end of Utah Lake.

The wildfire has burned more than 350 acres by Saturday afternoon. An observatory at the top of the mountain has been evacuated as a precaution and there are several transmission towers located on the mountain, but there are no other structures threatened.

Can you see the fire? Send your photos to news@fox13now.com