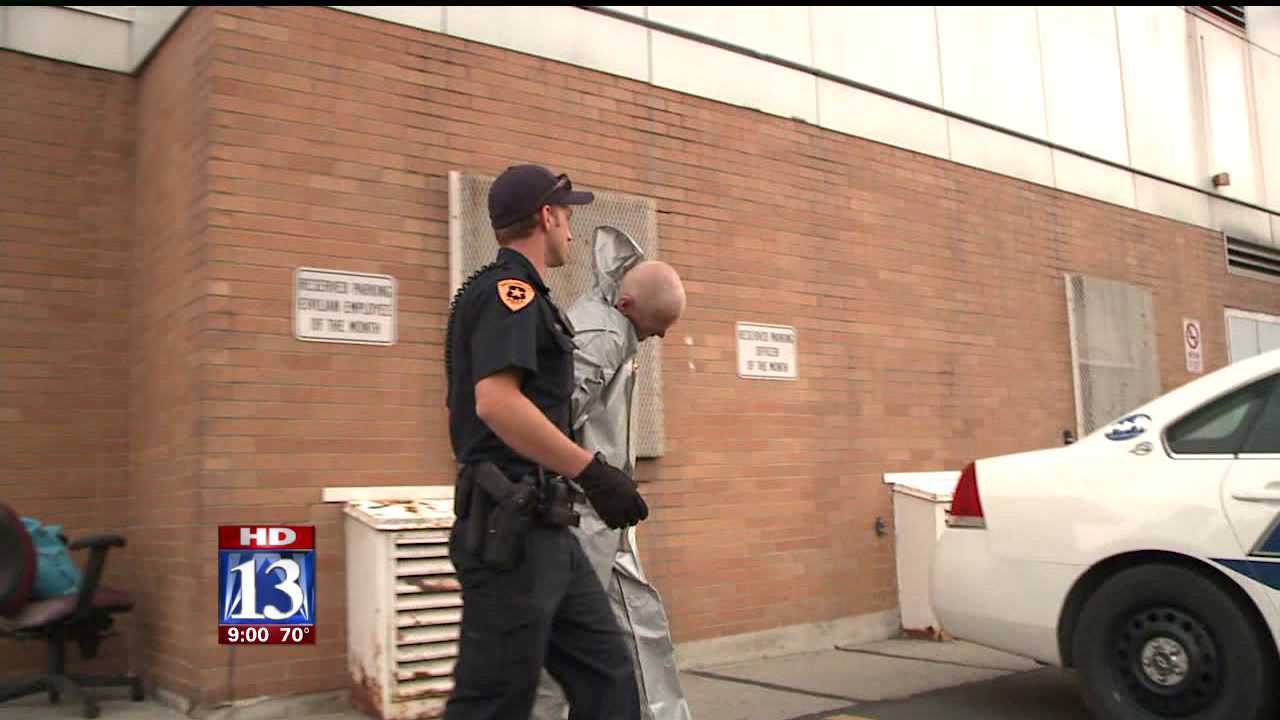 SALT LAKE CITY -- Police arrested a man who walked into an office building that houses the local office of the FBI, apparently taking another man hostage in an elevator.

Salt Lake City police said the incident happened around 4:40 p.m. Monday, the man walked into the 257 Tower at 257 East 200 South, took another man captive with a knife on the 6th floor. Someone who witnessed it called 911, said Lt. Josh Scharman.

"It was reported that someone was being held in the elevators here," he told reporters outside the office building.

Police with their guns drawn swarmed the building, going floor-to-floor, looking for the accused kidnapper and his apparent hostage.

"They came in the building and then we were told to stay and lock our offices, and we couldn't use the elevators or the stairs and just stay where we were," said one woman, who declined to give her name.

Scharman said while that was happening, the elevator went from the 6th floor to the 12th floor -- the lobby of the FBI offices.

"The person had gone through several floors here at the building. He ended up on one of the floors near the top and was actually confronted by some federal agents that were in the building, where he was taken into custody," Scharman said.

42-year-old Robert Hibbard was booked into the Salt Lake County Jail late Monday on suspicion of aggravated kidnapping. Police wrote in jail booking documents that Hibbard "told the victim that this was a hostage situation."

The victim was unharmed.

Police did not immediately release a motive for the attempted kidnapping, or even know why the man chose the 257 Tower.