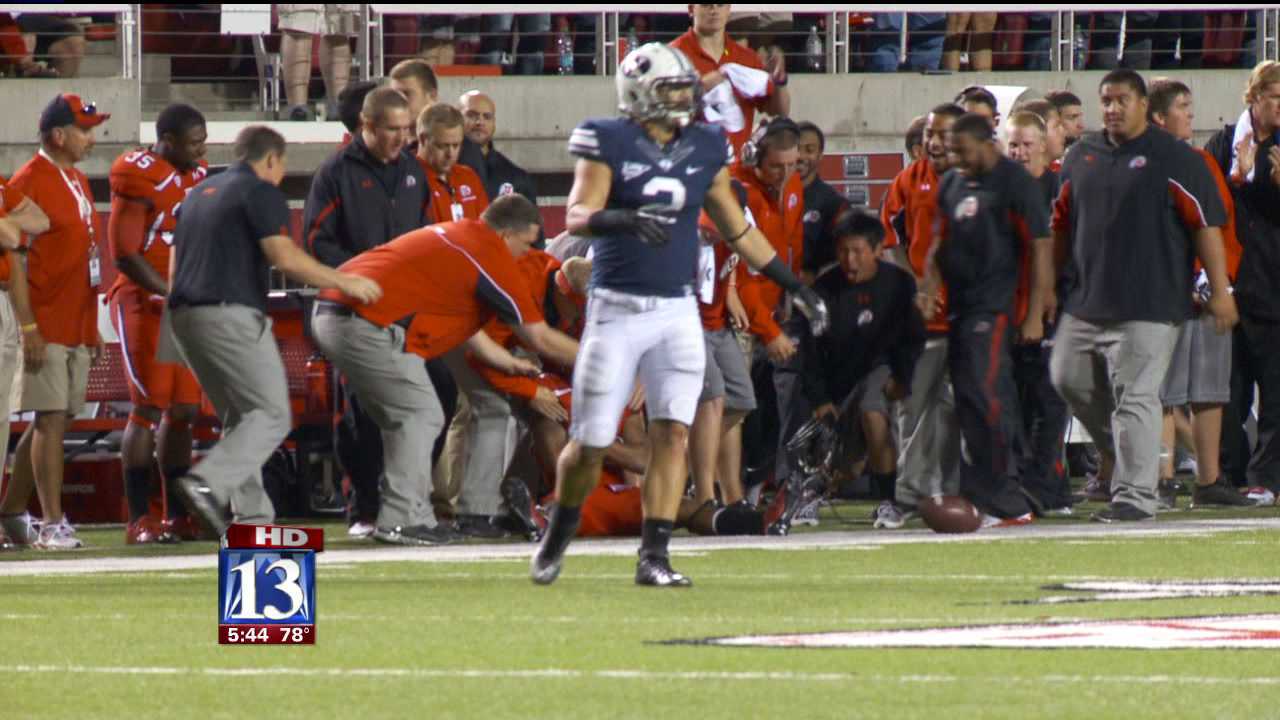 SALT LAKE CITY — It was a hard-fought game between the Utes and Cougars as the rivalry game Saturday pushed into the night ending just before Sunday morning.

It was a relief for some BYU fans after the fourth quarter came to an end just one minute before midnight. Because most Cougar fans and athletes are faithful to The Church of Jesus Christ of Latter-day Saints, playing on Sunday would go against the Christian fourth commandment of keeping Sunday the Sabbath day, untainted by worldly distractions like football.

“Sunday is a time to focus on your family and the love in your relationship with your Heavenly Father. It’s a time to put away the things of wordly desires and football,” says Brigham Young freshman Krystall Greenwell. “I love it, I’m a big fan, but it can cause a lot of contention. So it’s a time to relax and be at peace.”

What would have happen if the game went past midnight was a question that perplexed some, including Utes Coach Kyle Whittingham.

“I’m pretty sure that last kick was at 11:59. If it goes overtime, do we have to delay and go on Monday or what?” Whittingham asked during a press conference.

BYU’s athletic department says it will not schedule a football game on Sunday, but if a Saturday game pushes into Sunday they will keep playing.

Some fans say it is just too coincidental the game ended when it did.

“So when I saw that 12 o’clock I thought that honestly could have been an act of God. BYU is a Christian school and we are showing them what we believe. And we can’t play football on Sundays. I feel like that’s why we didn’t make the field goal,” said freshman Jon Guzman.