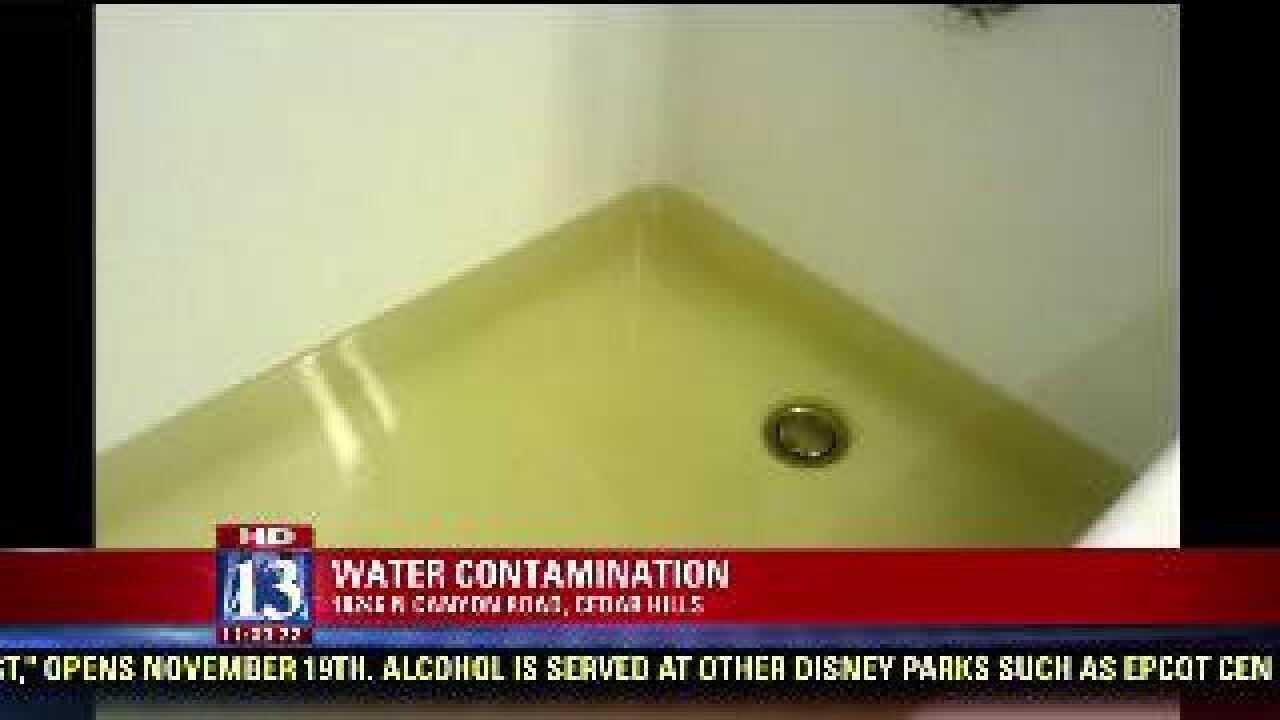 CEDAR HILLS, Utah -- Some residents in Cedar Hills are being told not to drink the water after dozens became sick from "dirty water."

The contamination happened to the water system along 100th North Canyon Road and it affected 13 homes of one neighborhood.

According to police, five people have contracted giardia, a parasite that is found in water and uncooked food. It can be passed from person to person through direct contact.

The symptoms of giardia, which include abdominal pain, bloating, diarrhea, cramps, gas and weight lost, can last up to six weeks. There is medication to treat it.

The city has been trying to find source of the issue since residents began calling in around Labor Day.

"They were reporting cloudy water, smelly water, discolored water, so our crews went out immediately and identified that there actual was something in the water," said David Bunker, Cedar Hills city manager. "They began to flush the system."

Bunker said through a series of tests, it was discovered that a pressurized irrigation system had been connected to the culinary lines.

Crews have been working to repair the water lines since the discovery.

The city is also reimbursing people who have been affected by the contaminated water.