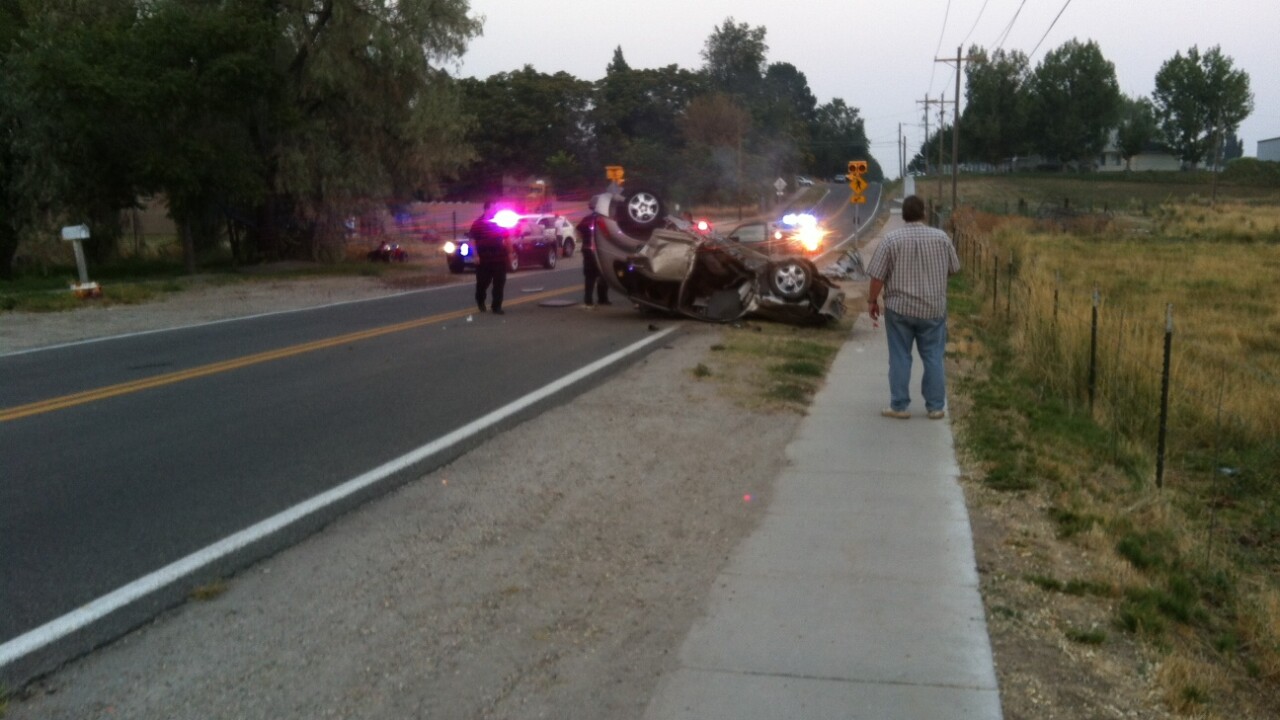 Syracuse Police say just after 7 p.m., an officer located a vehicle matching the description of a car believed to be driven by a suspect wanted for shoplifting at a Syracuse Walmart.

Police said witnesses saw two men in their 20’s exit a back door of the store and get into a car that appeared to be stolen.

Police located the vehicle at 300 N. West Point and an officer tried to pull the driver over in the westbound lane, but the driver sped off.

Police say they terminated the pursuit due to safety concerns. But just as the pursuit was terminated, the vehicle hit some loose gravel and rolled, ejecting one of the two occupants.

Officers say the driver needed to be airlifted to the hospital and is in critical condition. The passenger was taken by ground transport and his condition is not yet known.

Police said the car the men were driving was stolen from the Tremonton area.