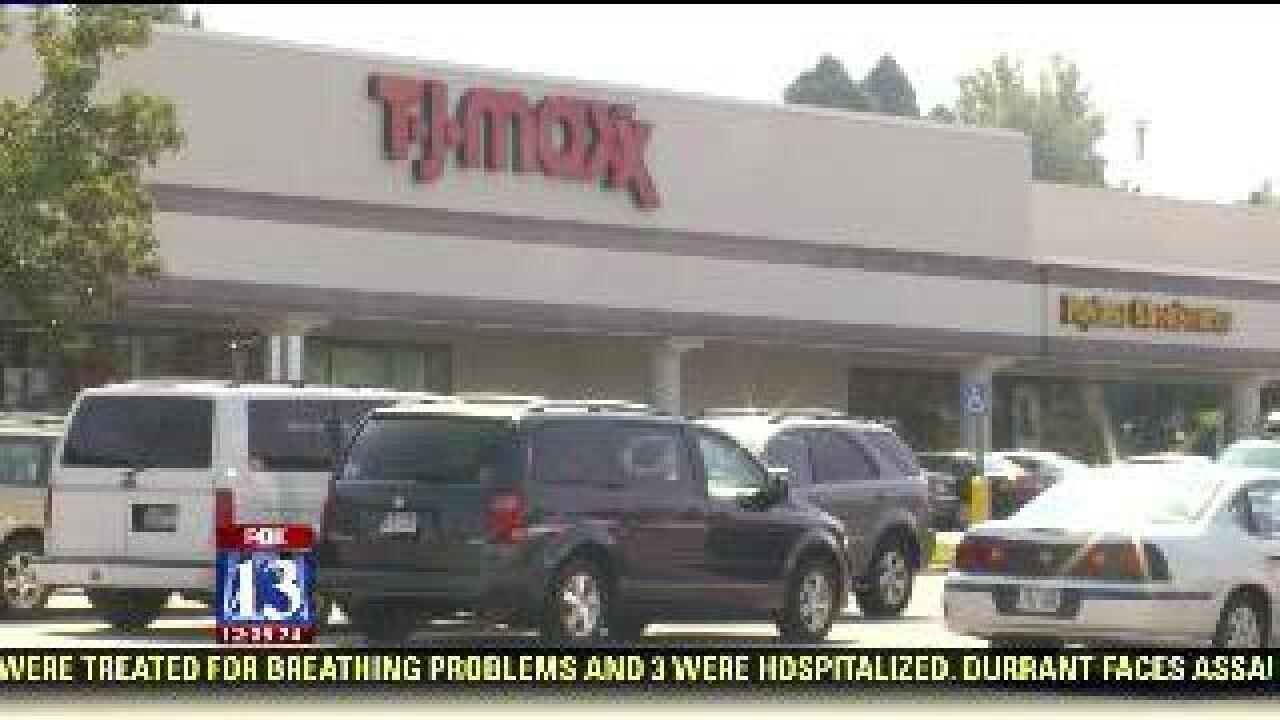 COTTONWOOD HEIGHTS, Utah -- Cottonwood Police are looking for at least one person who broke into a T.J. Maxx retail store and stole money from a safe.

An internal clock at the store stopped at 11:22 p.m. Saturday. Also disabled were the alarm and video security systems.

Police said the suspect entered through an outside wall, climbed through an exterior ceiling and then dropped into an office where they located and emptied the contents of a safe.

"They were able to gain access through a roof entry. Once inside they were able to disable the alarm for T.J. Maxx. Instead of wasting time on trying to defeat a door they just had a portable power tool of some sort cut a hole in the wall," said Cottonwood Heights Police Sgt. Gary Young.

Police said it appears to be the work of a professional and likely someone who had a connection inside the store.

"They obviously thought it out, they had their own tools and didn't go wandering through the business to look for other tools to help them, facilitate entry into the safe," said Sgt. Young.  "It looks like there was a fairly sophisticated level of expertise there."

Police said they are looking for at least one suspect, but the burglary could have involved more people. Police are not releasing how much money was taken from the safe.

Anyone with information related to this crime can call Cottonwood Height Police at 801-840-4000.