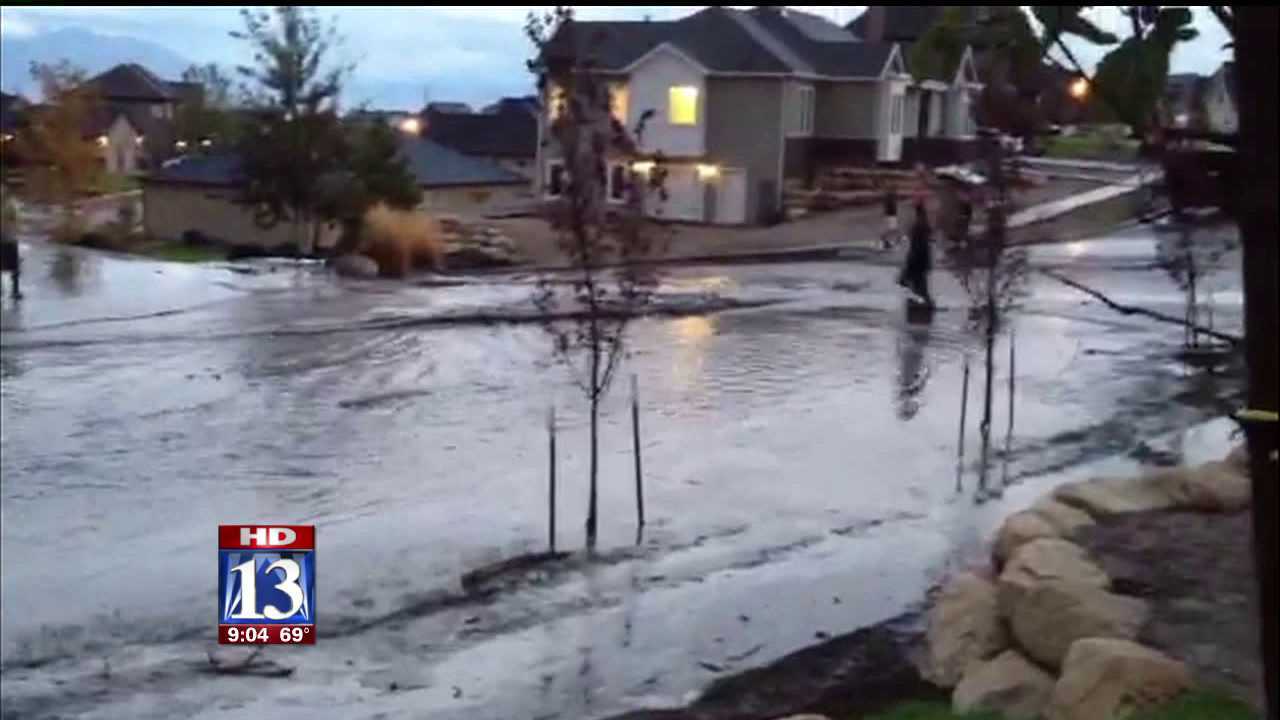 SARATOGA SPRINGS, Utah -- More than two weeks after a mudslide damaged more than a dozen homes in Saratoga Springs, residents are still digging out and facing the financial burden of rebuilding their homes damaged by flooding.

Since the flooding Sept. 1, the city has been cleaning out a detention basin packed with mud and building check-dams to prevent further flooding. The community has also been helping by sandbagging.

And once again the community came together Monday night, holding a fundraiser at Neptune Park.

Kara Martin, who organized the event, says it is about celebrating a community that has come together during difficult times.

"I just had an idea to do something to help these families who were waist deep in mud for three days; I knew we couldn't end with cleaning up their houses, they still had a lot more work to do and it was going to take money to do," said Kara Martin.

However, some residents like Jewel Hoffman, whose basement was filled with mud after flooding hit the Jacobs Ranch subdivision, wonders if the city could have done more to prevent the flooding.

"I'm very disappointed in the city. I think they really could have done so much to help us," says Hoffman.

Saratoga Springs Councilman Bud Poduska, who was at the fundraiser in place of Mayor Mia Love, says there was nothing the city could have done to prevent the flooding that came nearly three months after the Dump Fire left behind a big burn scar.

"The rains just came too quickly. We’d already established state grants to build retention ponds up above,” said Poduska. “The size of this calamity was beyond anything that would have normally prepared for.”

The city isn't eligible for FEMA funding because, according to the councilman, "you have to have a certain number of homes damaged -- I think it's 100 home damaged before you even be considered."

"On top of raising the money for the families, it's a little bit of a celebration that we've come together,” said fundraising event organizer Kara Martin.

Still, some residents can't help but to wonder what more could have done.

“Without the residents, even the concert tonight was not put on by the city; it's a volunteer that has stepped forward that has put the entire thing together for us, without those type of people where would we be?" asks Saratoga Springs flood victim Jewel Hoffman.

A city council meeting is scheduled for Tuesday night to discuss the budget.

Fox 13 reached out to Mayor Mia Love, who is running for Utah's 4th Congressional seat. Her husband, who was at the fundraiser, says she was in Clearfield for meetings. Love's campaign told FOX 13 she would try to make it at the fundraiser later in the evening.

More details on the Saratoga Springs fundraiser can be found on their Facebook page.