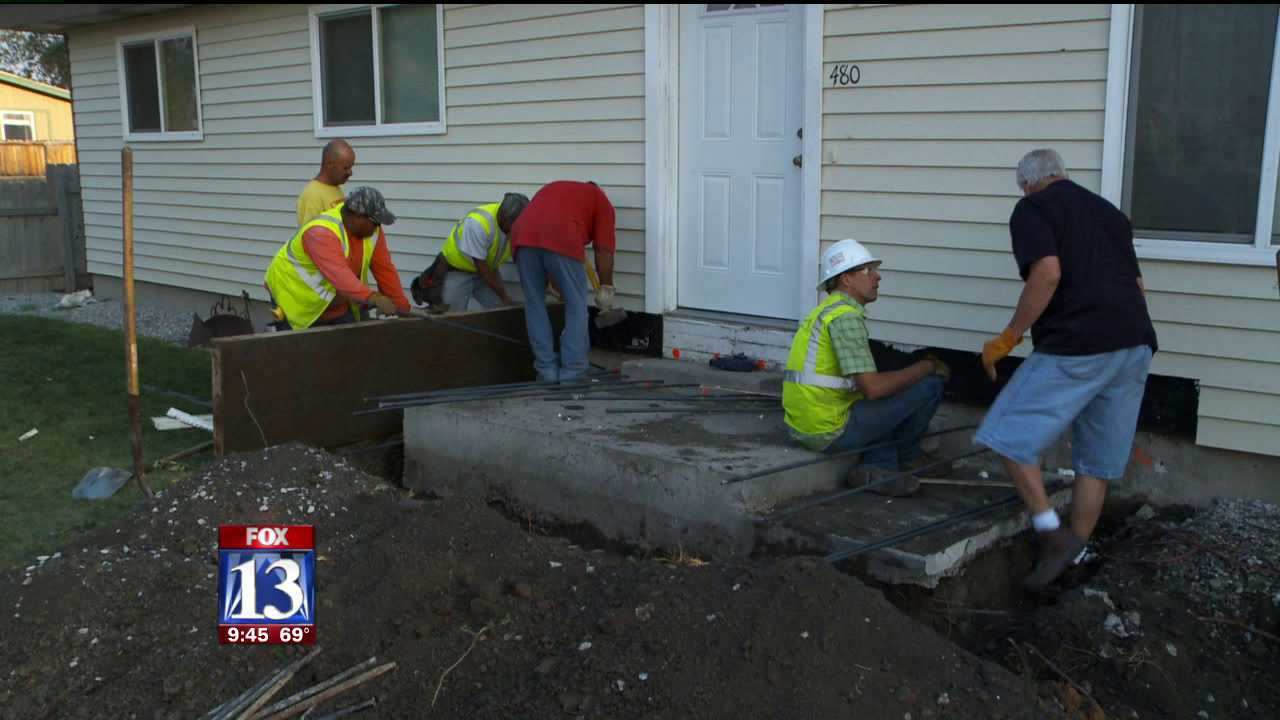 GRANTSVILLE, Utah -- After Jim Hodgson was injured on the job and spent the last few weeks in the hospital, his coworkers started to make his home wheelchair accessible Monday.

Hodgson was injured Sept. 7 while working for Utah Fabrication in Tooele. He slipped while pulling the handbrake on a box car and the car’s wheels ran over both of his legs.

While the 33-year-old was recovering in the hospital Monday, his friends from work were busy at his Grantsville home. They took out the elm tree in his front yard to make way for a new driveway, and their next project will be to build a new front porch with a wheelchair ramp.

“As you know, Jim has one leg, his life is changing, he can`t get in and out of his house, so we`re trying to make it wheelchair accessible,” said co-worker Tim Nelson.

Some of his co-workers talked about the day Hodgson was injured. They were helping him the whole time before paramedics arrived. Immediately after the accident, his co-workers tied tourniquets around his legs, keeping him from bleeding to death.

“A lot of the guys who were there, this is kind of a bit of therapy I guess for being able to do something to help him out,” said Hodgson’s co-worker Cole Dangerfield.

More than a dozen of Hodgson's co-workers helped with the construction project on Monday. Friends and family were also there to lend a hand.

Doctors have been working on reconstructing Hodgson's right leg. His family is optimistic surgeons will save it.

It is unclear when he will return to his home, but when he does it will be easier to get in the front door thanks to the help of his friends from work.

"There will be a lot more things we`ll end up doing to help him out in his new lifestyle. And knowing Jim, he`ll be back on his feet as quick as he can," said co-worker Roland Spiegelhoff.

A fund to help Hodgson has been set up under his name at America First Credit Union. A benefit yard sale will also be held Saturday in Grantsville to help Hodgson with his medical bills.