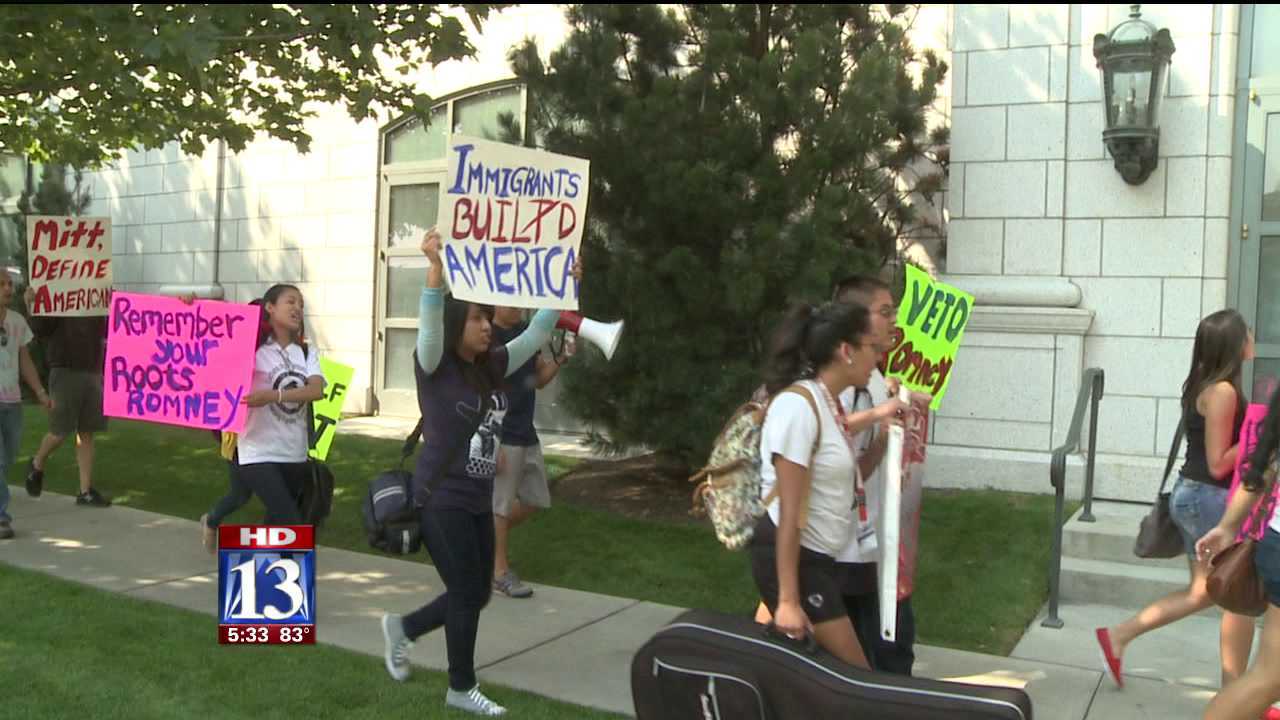 “We’re just out there showing our opposition,” said organizer Bryan Gutierrez. “Folks inside are paying $1,000 to $5,000 to hear him speak, and we’re out here for free using our First Amendment right.”

Members of the Salt Lake Dream Team, International Workers of the World, and M.E.Ch.A. took to the street armed with bull horns, posters and chants. The groups specifically oppose Romney’s immigration policy. Romney has been outspoken about stopping illegal immigration.

Instead his goal is to foster legal ways for immigrants to come to the US, including offering a way to citizenship for young illegal immigrants who serve in the military.

“He has strictly said he would veto The Dream Act,” said Gutierrez. “And he tells immigrants to self deport.”

Police confiscated the bull horns, and the front sprinklers pushed the crowd off the law, but that didn’t deter protesters from spreading their message. The signs waved for close to two hours while the fundraiser went on, carrying messages of “Immigrants build America” and “You Self Deport.”

“It’s not about whether or not anyone is actually here listening to us. It’s about getting the community together,” said Shawhan. “There’s a lot of young students here. [It’s] just kind of getting the word out.”

Groups also spoke out on Romney’s stance on gay marriage.