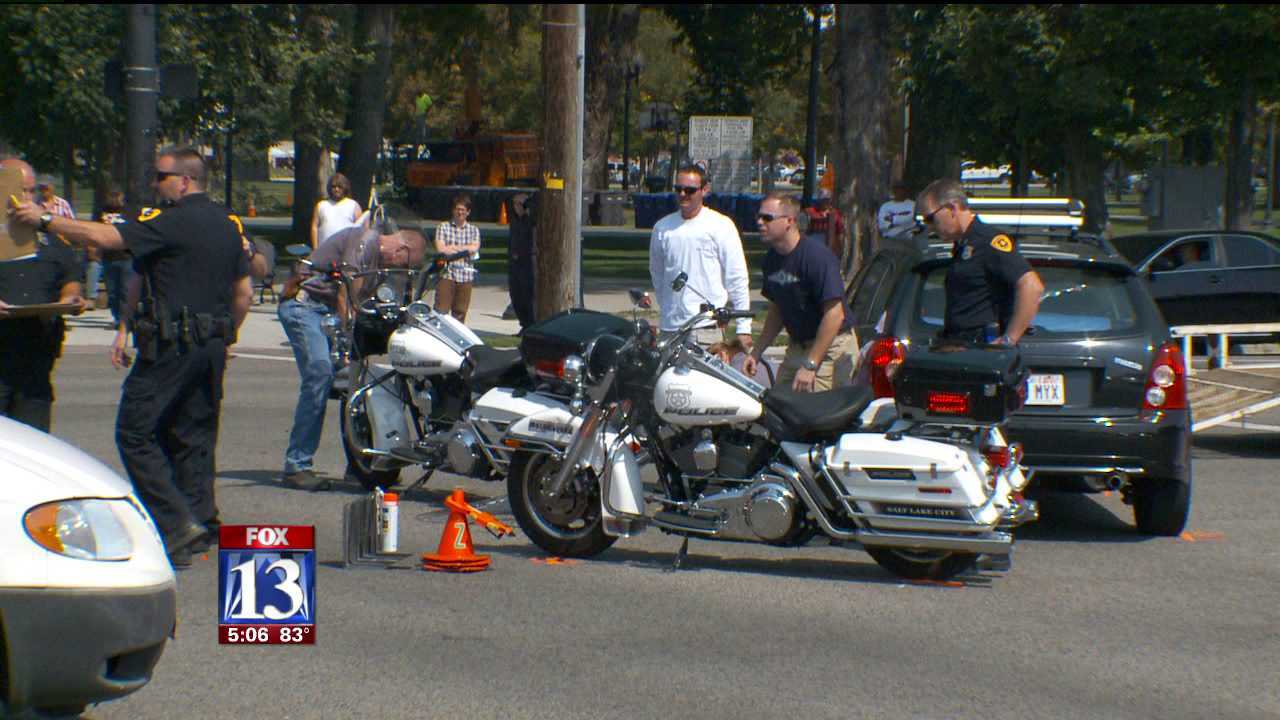 SALT LAKE CITY — Two officers were struck by a vehicle after trying to direct traffic in a downtown intersection.

The officers were at the intersection of 400 South and 400 West, shortly before 1 p.m., when they saw an oncoming fire truck flashing its lights and sounding the siren. The two officers drove into the intersection to stop traffic and allowed the fire truck to pass, when a vehicle hit them.

The two Salt Lake City Police officers suffered only minor injuries, but were taken to the hospital.

Salt Lake City Police Sgt. Shawn Josephson says the female driver apparently did not see the officers before driving through the intersection. She will not be cited, but they are still investigating the accident.

The names of the officers and the vehicle’s driver will not be released, says Josephson.