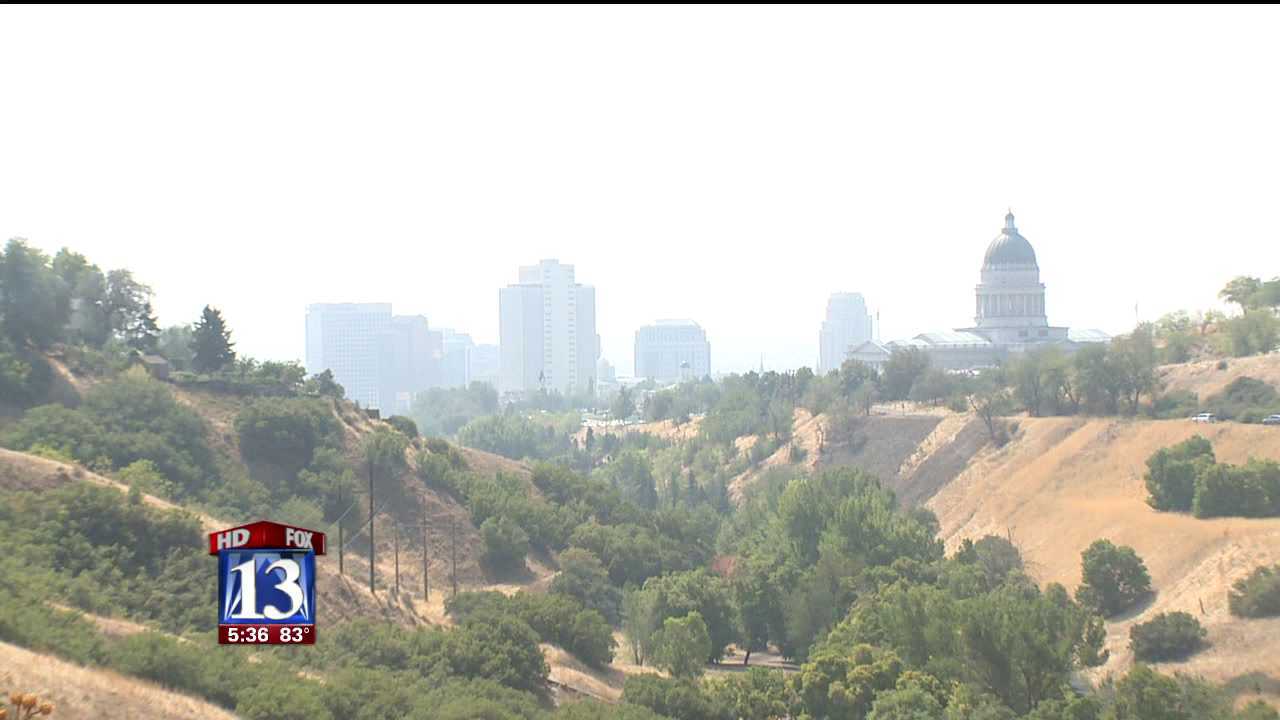 SALT LAKE CITY -- A red air quality warning was issued for many cities across northern Utah, triggered by trapped smoke in the valleys.

Forest fire smoke has moved south from Idaho, where several wildfires are raging. No wind and warm weather has contributed to making conditions worse and it is affecting people's health.

Donna Kemp Spangler with the Utah Department of Environmental Quality says children  are especially affected by this kind of air.

"Children who breathe a lot quicker that we do are usually more susceptible to this type of pollution," Spangler said.

Spangler said that along with the fire smoke, city pollution makes the air worse, and that those who spend most of their time outdoors will probably start to feel it.

Health experts advise exercising outside only in the early morning or late evening in these conditions. They also suggest limiting drive times to reduce pollution.

The hazy condition is expected to end toward the end of the week.