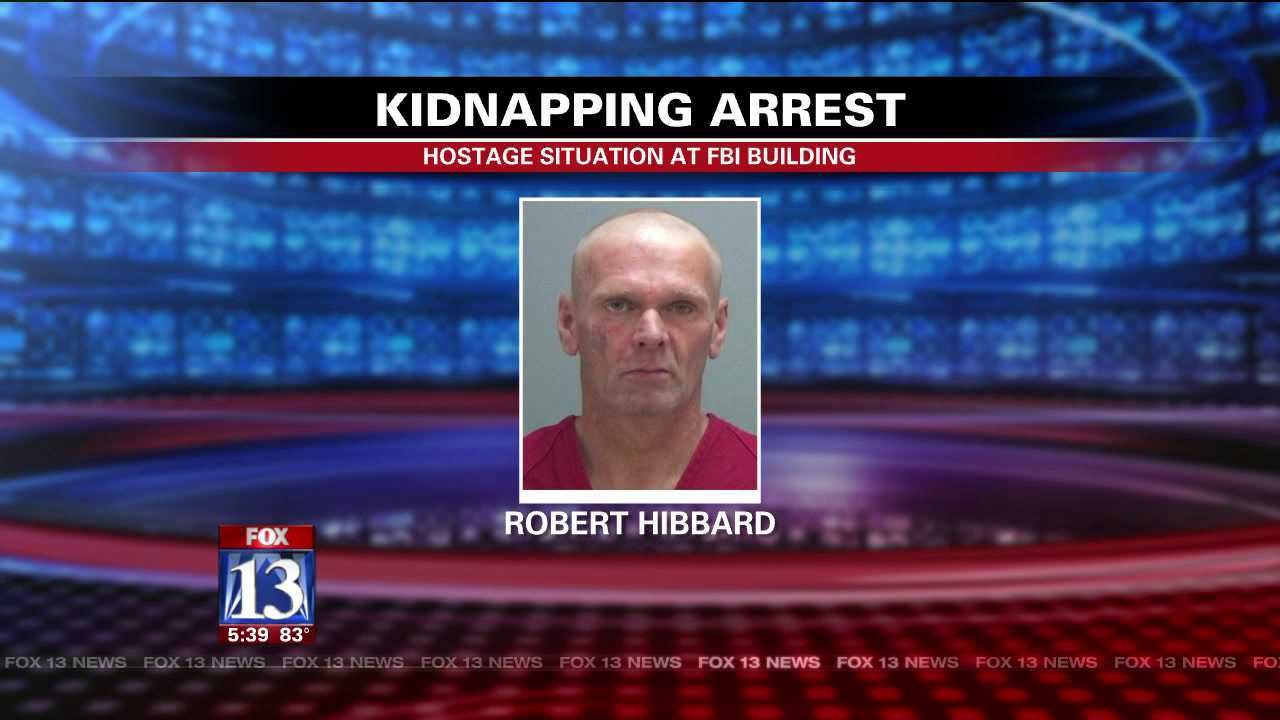 SALT LAKE CITY -- A Salt Lake City man is in jail after allegedly holding a hostage at knifepoint in a building and riding the elevator to the offices of the Federal Bureau of Investigation, where he was arrested Monday.

Police have since identified the suspect as Robert Hibbard and say he has a 20-year criminal history including convictions on drug charges, theft and sexual battery.

FOX 13  was there Monday evening when he was taken to jail on aggravated kidnapping charges.

Police say Hibbard abducted a 61-year-old man at knifepoint at the 257 Tower on 257 East and 200 South. The alleged abduction started on the 6th floor from which Hibbard rode the elevator with the victim to the 12th floor lobby of the FBI offices.

That is where armed federal agents arrested Hibbard without incident.

The Salt Lake County District Attorney confirmed they were already familiar with the suspect and said Hibbard called the D.A.’s office several times over the past year. He was put on a watch list because of concerns he had about an ex-wife whose death was ruled a suicide.

“We explained to him what was going on. I don’t think he was fully satisfied with the answers that we gave,” said Salt Lake County District Attorney Sim Gill. “He certainly was concerned about some grander issues of conspiracy.”

Gill said they told Hibbard his kind of behavior would not be tolerated, but they were open to sharing as much information as they could concerning his ex-wife’s death.

Police are still investigating whether or not Hibbard was hoping to get to the FBI to talk with someone about his ex-wife's case.

More details on his motive and the incident may be forthcoming once the Salt Lake Police Department screens the case with prosecutors.