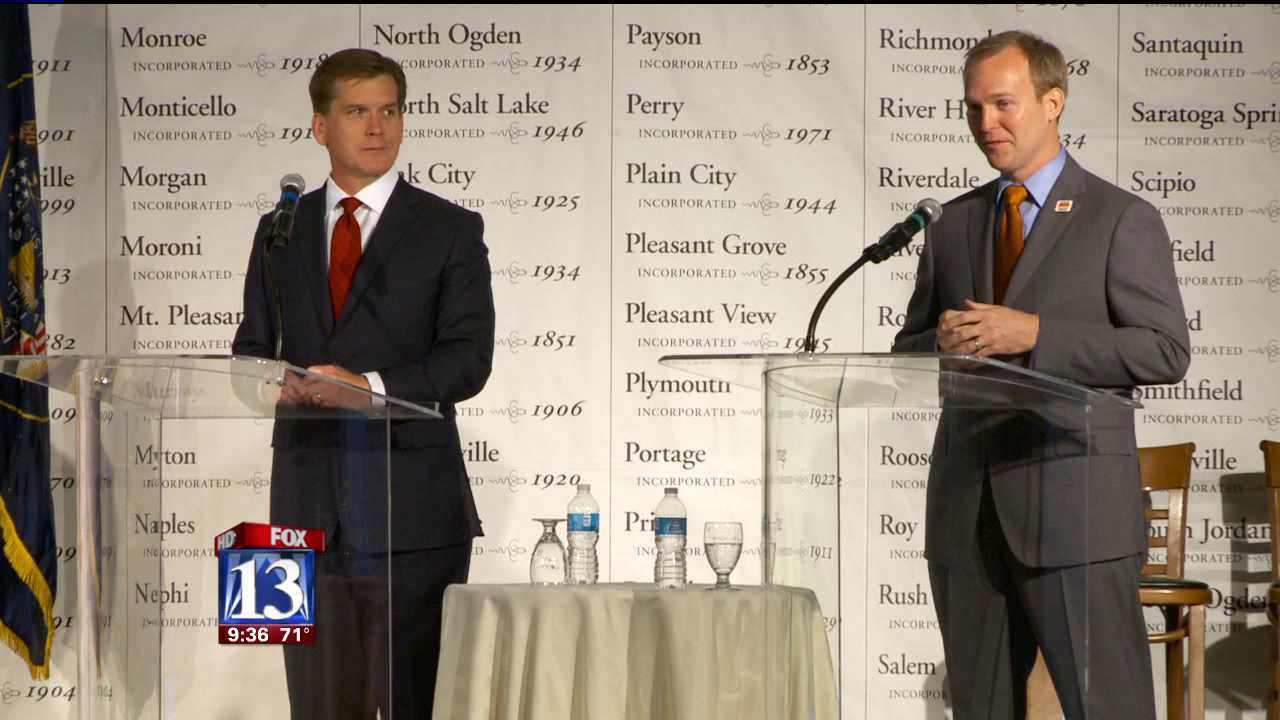 SALT LAKE CITY -- The Matheson and Love race for Utah's fourth congressional district may get all the attention, but the race for mayor of Salt Lake County is every bit as competitive and it’s become more fiery.

Want evidence? At the Utah League of Cities and Towns, the candidates had the chance to ask each other questions.

“You have the reputation for losing your temper and making people upset,” McAdams said to his Republican rival, former County Councilman Mark Crockett.

When Crockett got a turn, he asked, “What have you ever actually led?”

The latest confirmation of that fact: Salt Lake County Democrats have filed a campaign finance complaint against Crockett, saying he is manipulating County campaign finance ordinances to serve his purposes.

Crockett said as a county councilman he pushed for contribution limits and has every intention of obeying the limits in place. He says the ordinance that passed has such muddled language it’s difficult to interpret, “We believe we have complied. If they make a different decision about it, great, we'll refund a little bit of money and move on.”

McAdams made the statement at a podium standing next to residential garbage and recycling cans. He was explaining his plan to streamline government services that are sometimes impeded by city and county boundaries, so garbage trucks on one side of the street don’t work the other side. His message was largely overshadowed by the finance complaint against his opponent.

The substance of the complaint focuses on three donors who gave enough to exceed the $6,000 limit from the pre-convention to general election period. One in particular, C.R. England Trucking, gave $5,000 on June 25 and then gave another $2,500 on August 27. The Democrats say that clearly exceeds the total allowed for 2012. Crockett’s response suggests the law allows for a “rolling limit.”