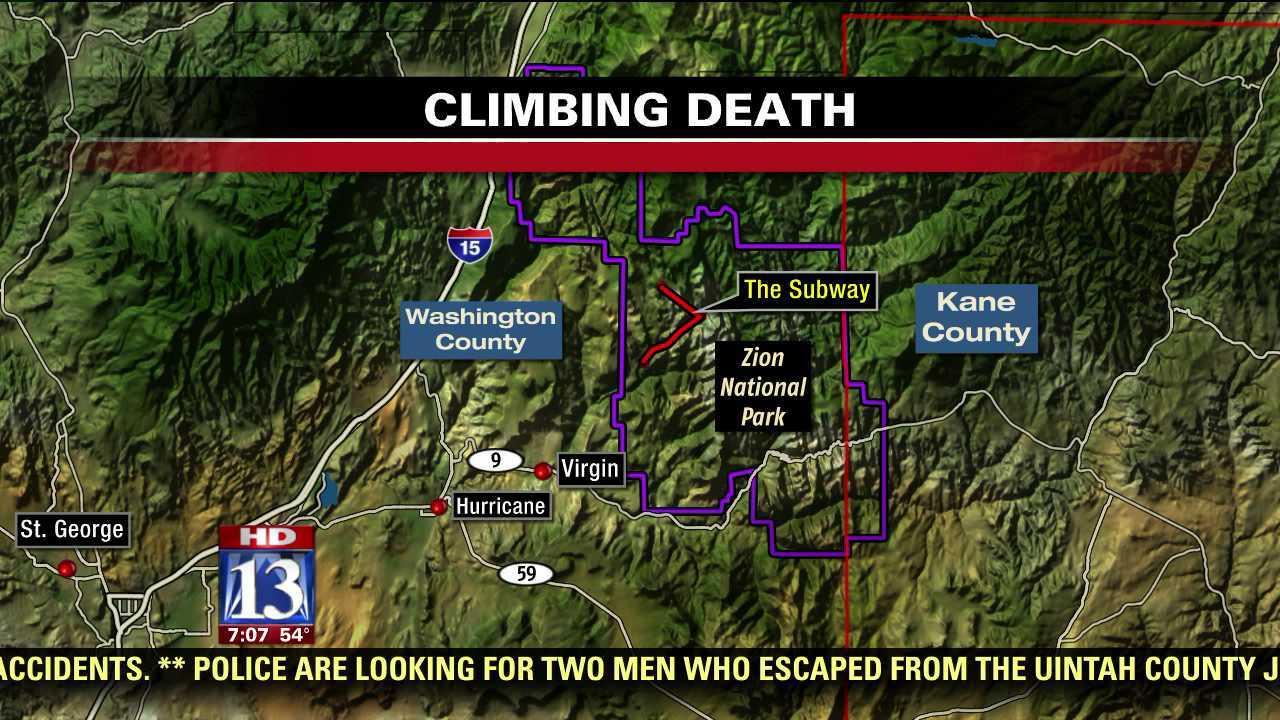 Officials with Zion National Park say Yoshio Hosobuchi, 74, of Novato, Calif., and his wife had a permit to descend through the Subway route on Tuesday.

On their last rappel, Hosobuchi got his foot caught and couldn’t free himself. His wife, who had already descended, was unable to help from below and, because it was dark and she was unfamiliar with the route, could not make it out of the canyon until Wednesday morning.

Another group who had hiked in the Subway route spotted the couple and called emergency officials because they didn’t think they’d be able to get out before nightfall.

The park’s search and rescue team was deployed on Wednesday morning, but Hosobuchi had already died. They located his body on Wednesday. Zion spokeswoman Aly Baltrus said the man lost consciousness and died after hanging upside down overnight.

Park officials say that the Subway is a popular trail, but is very difficult. It requires rappelling and ascending skills, route-finding experience and swimming through cold and deep pools. Its location also makes rescue missions very difficult or impossible.