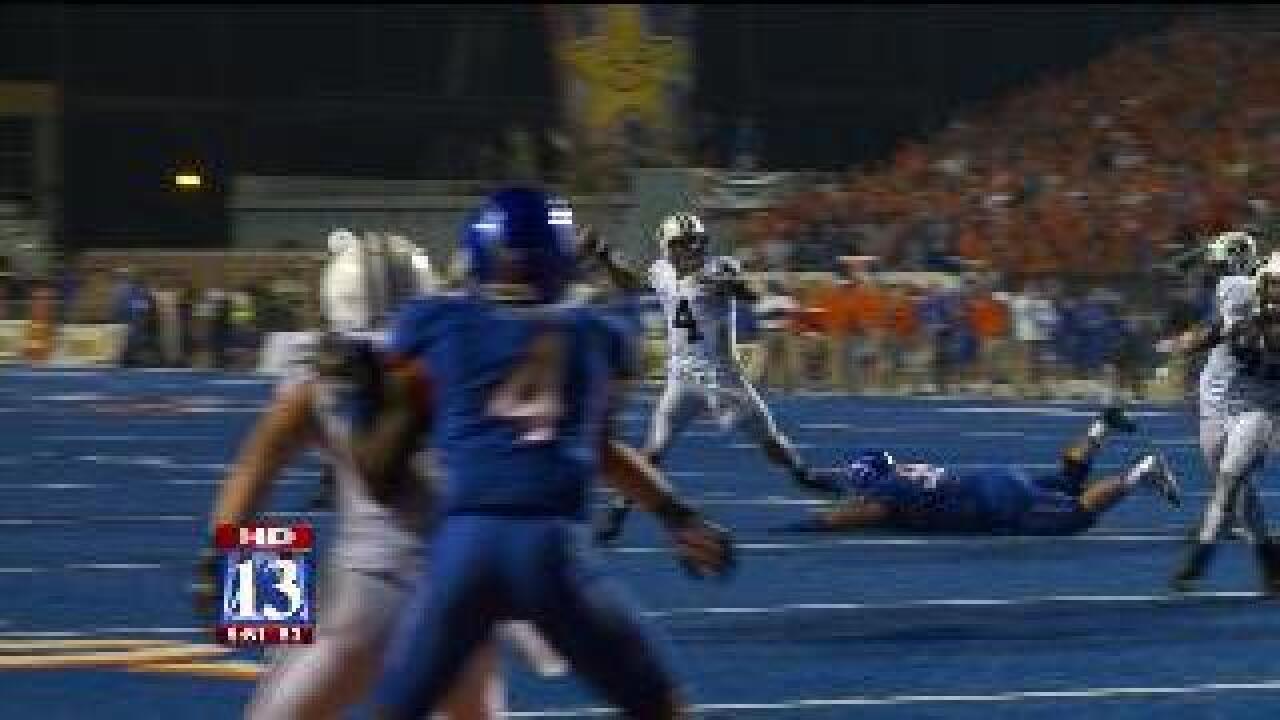 BOISE, Idaho -- Just five days after losing to Utah, BYU was looking to bounce back with a win on the road against 24th ranked Boise State.

Both teams have been known for their offenses, but the defenses ruled Thursday night's game

First half, BYU inside the 20, Riley Nelson's pass is intercepted. It would only get worse for BYU's senior quarterback as the game was scoreless at halftime. The Cougars offense suffered and only gained 68 yards in the first two quarters -- but it would get worse.

Nelson's pass was intercepted by Boise's nose guard, Michael Atkinson, who took it all the way to the end zone for a touchdown, putting the Broncos up 7-0.

Nelson has stressed he was not hurt and is not limited physically, but he comes out on the next drive and throws another interception. He threw three interceptions and for just 19 yards.

Freshman Taysom Hill came in for Nelson on the Cougars next drive. But they had it deep in Bronco territory. Running back Michael Alisa winds up fumbling at the one yard line and the Broncos recover it.

As bad as BYU 's offense was, their defense played fantastic. They forced five turnovers on down, including a goal line stand in the 3rd quarter.

The defense kept the Cougars in the ball game.

BYU had it deep inside Boise State territory in the 4th quarter, Hill rolls out and then takes it in himself, scoring the touchdown to cut the lead to one point, with 3:37 to play.

The Cougars gamble and go for the two-point conversion, Hill rolls out, fires, but it's incomplete and that's the ball game.

BYU comes up short and Boise State wins it 7-6.