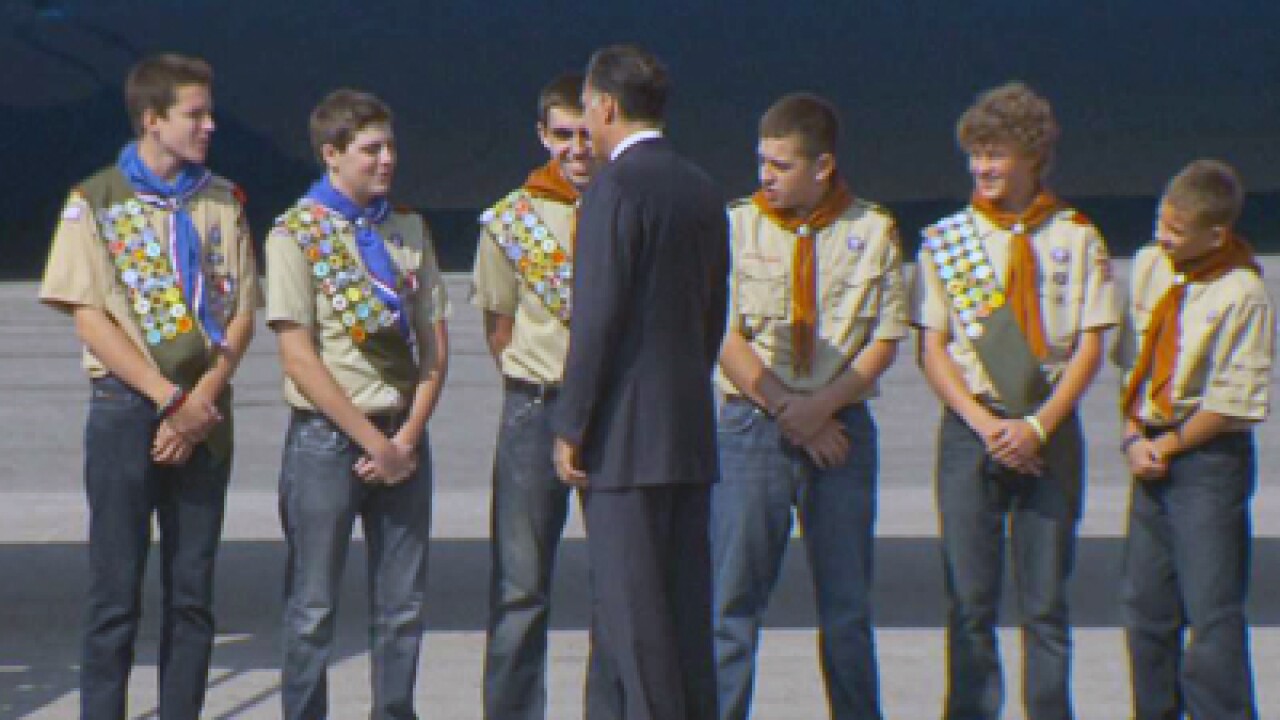 SALT LAKE CITY - The Boy Scouts of Utah are catching heat for greeting candidate Mitt Romney during his quick trip to the state on Tuesday.

Several Boy Scouts lined up at the airport to shake the presidential candidate's hand. It is a moment the boys will not forget, but it turns out it was against the Boy Scouts of America policy.

The policies for Boy Scouts of America are clear with regard to political events. Uniformed Scouts cannot put themselves in a position where it looks like they are endorsing a political candidate.

This issue for Troop 315, who greeted Romney in Salt Lake City, is not that the troops participated in the political meet and greet. It's that they were wearing their uniforms and thus representing Boy Scouts everywhere.

"What they can do is attend a gathering and raise the flag, lead folks in the Pledge of Allegiance, and then retire from that arena, or stage area, where they are not center stage and the attention is not on them," said Kay Godfrey, director of public relations with the Boy Scouts of America Salt Lake City Council. "It's inappropriate for us to be endorsing or appearing to endorse any particular political position."

The Utah Democrats released a statement in which they called the issue "political correctness at its pettiest."

The statement goes on to say this type of experience can help engage young people in the political process for a lifetime.

Salt Lake's Boy Scout headquarters say it was a great opportunity for the young men and the troop will not be punished in any way, it is just an opportunity to remind every one of the Scouts' codes.