Campers line up early for iPhone 5 release in SLC 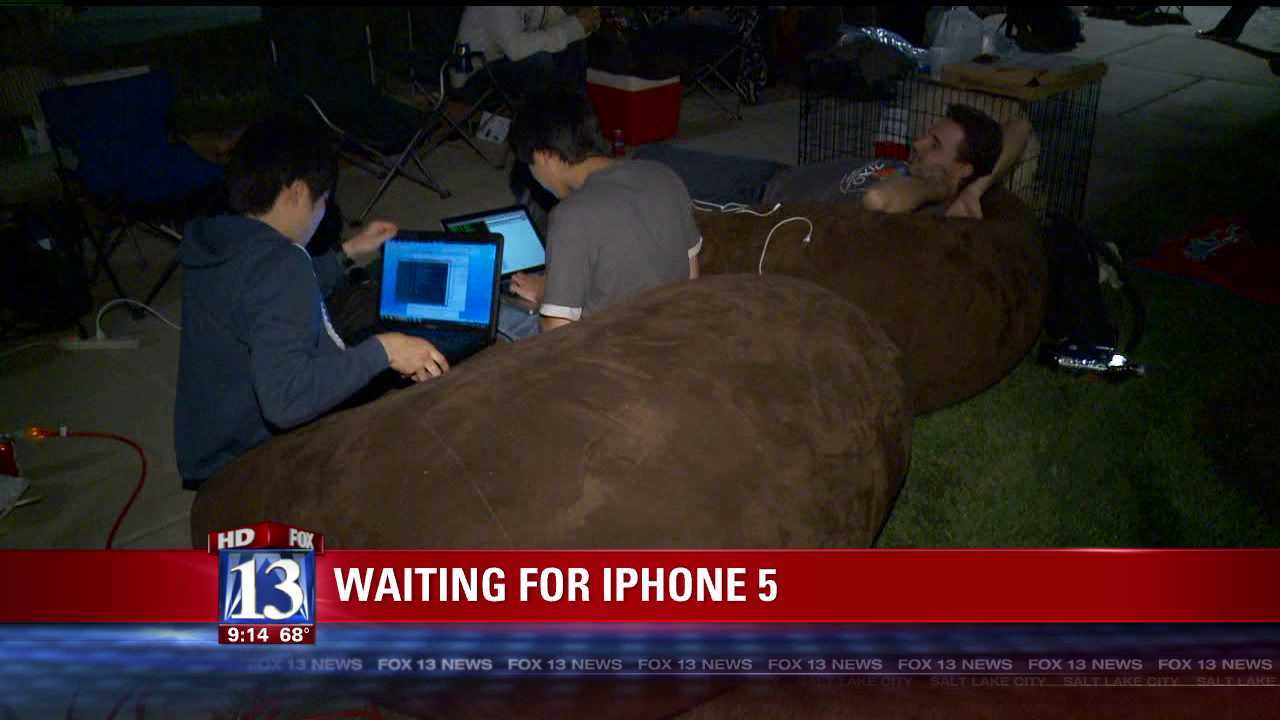 SALT LAKE CITY -- The line grew long from the front doors of the Gateway Mall's Apple store location as shoppers arrived early Thursday morning, ready to camp out for the iPhone 5 release.

The next generation iPhone is touted by Apple as lighter, faster and with more features. It will be released for sale Friday morning.

Although most were there to buy the phone for themselves, there were also people in line holding the spot for someone else -- and getting paid for it.

"I'm not buying it, my uncle is. I'm just holding his place until he gets here," said Chance Lameman.

Lameman says he is getting paid $75 to be there.

Another camper, Justin Matheson, says he is holding a spot for a friend.

"Getting paid to be here. I'm actually here for a friend of mine," said Matheson. "Stand in line for a couple hours, I don't mind."

Lines waiting for the iPhone 5 are not unique to Utah, or the U.S. This scenario played out all over the world.

In London, there were many people waiting and camping. One person was selling a seat in front of the line for cancer research charity.