COTTONWOOD HEIGHTS, Utah - A moose who took a visit to a Cottonwood Heights neighborhood on Friday was safely shooed back to its home Friday night.

When police arrived, they found the moose calmly walking around the neighborhood, but determined that the animal is too large for them to handle. They contacted officials with the Division of Wildlife Resources, who arrived on the scene to tranquilize the animal.

DWR personnel were able to tranquilize the moose, but he was too large for them to transport, so they were forced to revive him and wait, hoping he would go back up the mountain on his own.

The moose was safely shooed out of the neighborhood Friday evening. 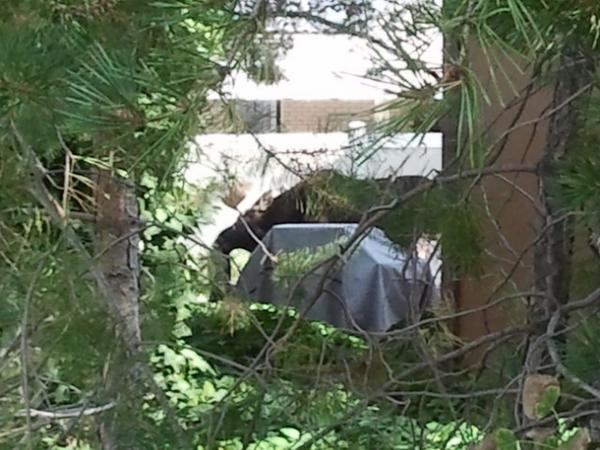