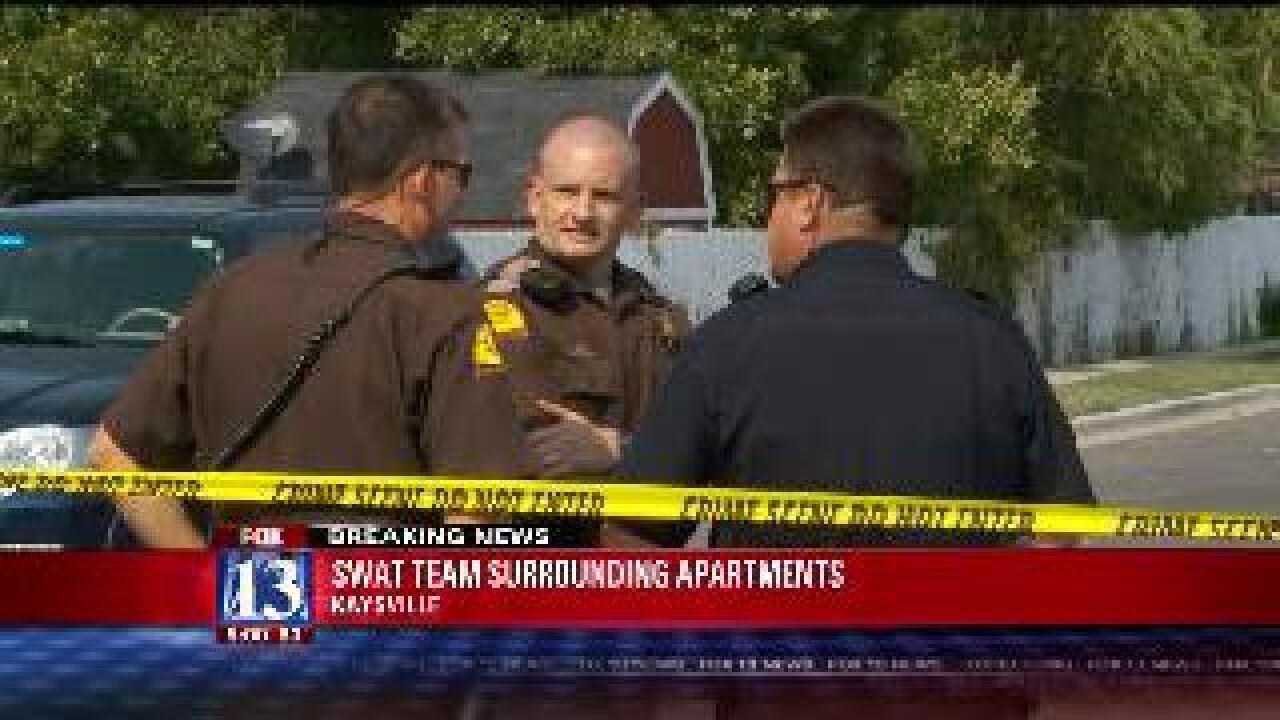 KAYSVILLE, Utah -- Police say one person was shot and critically injured Friday afternoon while the shooting suspect was later found by SWAT officers dead inside a Kaysville apartment.

Davis County officials said the shooting happened at 2:30 p.m. in the commons area at the Francis Peak View apartment complex, located at 600 West Mutton Hollow Road. Officials said the maintenance manager at the complex was shot by a 47-year-old suspect who fled to one of the apartments.

Witnesses said the maintenance worker was trying to calm the suspect down before shots were fired.

“We opened the door to see what was going on and we heard our maintenance guy say 'hey that’s enough', then we heard a couple more gunshots and watched him fall to the ground," one witness told FOX 13.

Police said a third person also got into the altercation and fired a weapon multiple times at the suspect. Police said the armed third person cooperated with law enforcement.

A SWAT team had surrounded the complex and apartment residents there were told not to leave.

At about 6 p.m. SWAT officers threw a flash bang inside one of the apartments and rushed in to arrest the suspect, only to find him already dead, according to Centerville Police.

Police said they know the suspect, but did not identify him. They are not sure whether he died by suicide or whether the other gunman shot him.

A perimeter of road was blocked near the scene and residents gathered behind crime scene tape to wait until they were allowed to return home.