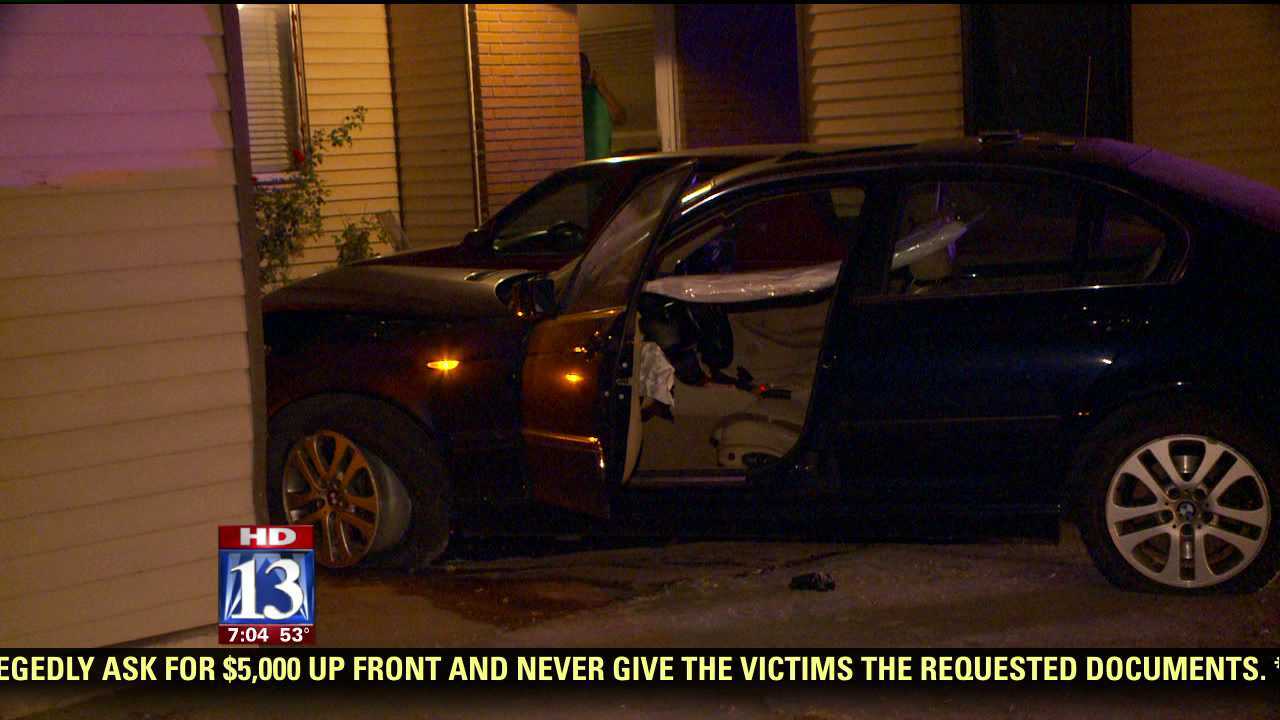 KEARNS, Utah — A man faces resisting arrest and fleeing from police charges after leading officers on a pursuit in Kearns and then crashing into a parked car.

The incident happened at about 1 a.m. Friday.

A West Valley City police officer said he was filling up at the Maverik gas station near 48th West and 47th South when he saw a car pull into the station and run over a curb.

The officer approached the car to speak with the man behind the wheel and his female passenger. The driver refused to cooperate and took off, according to police.

During a short police chase, officers said the suspect lost control of his car.

“It appears he was going southbound here on 4800 west he lost control of his vehicle,” said Lt. Kent Stokes, West Valley City Police Department. “[He] ran through the yard, running into a fence and then crashed into a vehicle in the carport and pushed that vehicle into the apartment.”

Police identified the driver as 34-year-old Jesse Lunt. He was taken to the hospital for minor injuries and will be booked into jail once he is released.

Police are treating the female passenger as a witness. According to her statement, she asked Lunt to pull over several times before the crash.

Police are investigating if alcohol was a factor. According to Lt. Stokes, the suspect's driver's license showed he is an alcohol restricted driver and was only supposed to drive a vehicle with an alcohol interlock device.

Lunt is facing felony charges of fleeing from officers and resisting arrest, but more charges could be coming.