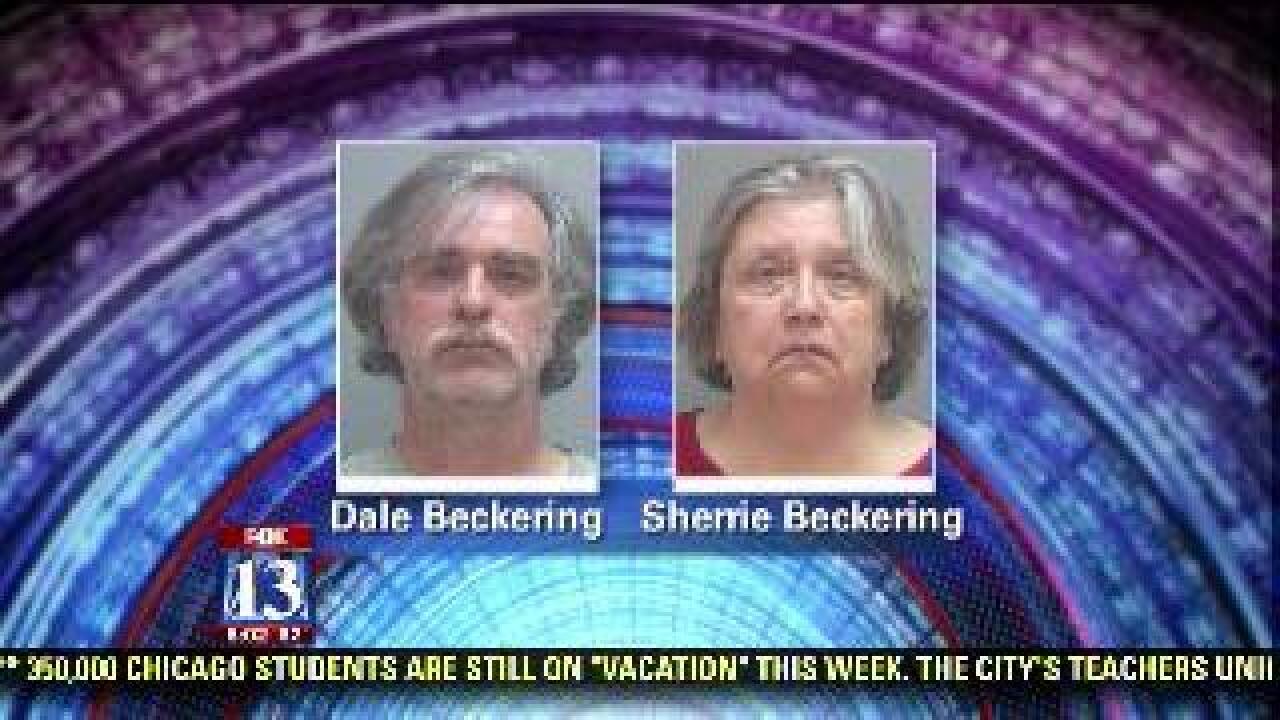 Sherrie Beckering was accused of contributing to the death of Christina Harms after she was found hanging crucifixion-style in a closet of their Kearns home in March 2011.

An autopsy found that Harms had suffered from dehydration and had toxic levels of chemicals typically found in Benadryl in her system. They say the injuries had been sustained within a week of her death and that the cause of death was improper care by her caregiver.

“They found a closet in the family room and in that closet there was an alarm on the door and a metal bar hanging in the closet to where they found evidence of the victim being hung crucifixion-style in this closet,” said Unified Police Lt. Justin Hoyal.

Harms suffered from fetal alcohol syndrome and had the mental capacity of a 12-year-old. Beckering’s daughter Cassandra Shepard was Harms’ legal guardian, but Sherrie and her husband Dale Beckering also lived in the home and at one point cared for Harms for a 6-month period.

Sherrie Beckering was found guilty Friday of first-degree felony aggravated abuse of a vulnerable adult. She faces up to life in prison.

Dale Beckering was found guilty of abuse of a vulnerable adult in February and was sentenced to 15 years in prison.