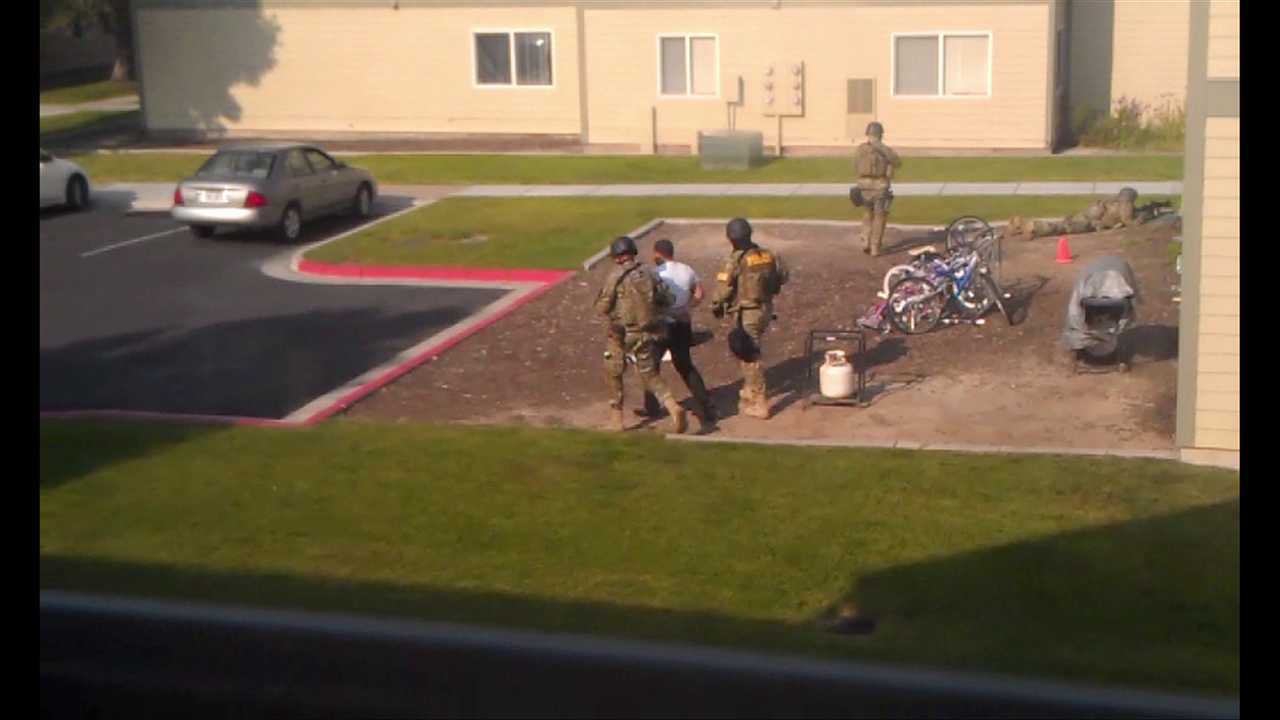 The incident started in the commons of the Francis Peak View apartments, located near 600 West Mutton Hollow Road in Kaysville, at around 2:30 p.m. Friday when the 47-year-old suspect opened fire on Steve Bailey, the apartment complex's maintenance manager.

Witnesses say Bailey was trying to calm the suspect down in the courtyard when the suspect opened fire, shooting Bailey six times. He is now hospitalized in critical condition.

"From what I heard, the resident who shot Steve was arguing with a female and Steve intervened and all I heard was, 'That's enough' and the gun shots started going off," said TJ Van Beuge.

The suspect then fled into a unit at the apartment complex and a standoff ensued. At around 6 p.m., SWAT officers threw a flash bang into the unit and, upon entering the building, found the suspect already dead.

Further investigation determined that a third person likely fatally shot the suspect, reportedly in self-defense. That person is cooperating with police in their investigation.

"The third person fired shots in defense of his own life as well as others being threatened," said Kaysville City Police Chief Sol Oberg.

Kaysville Police say they haven't had issues with the shooter before and are still conducting an investigation to determine what may have caused the fight.