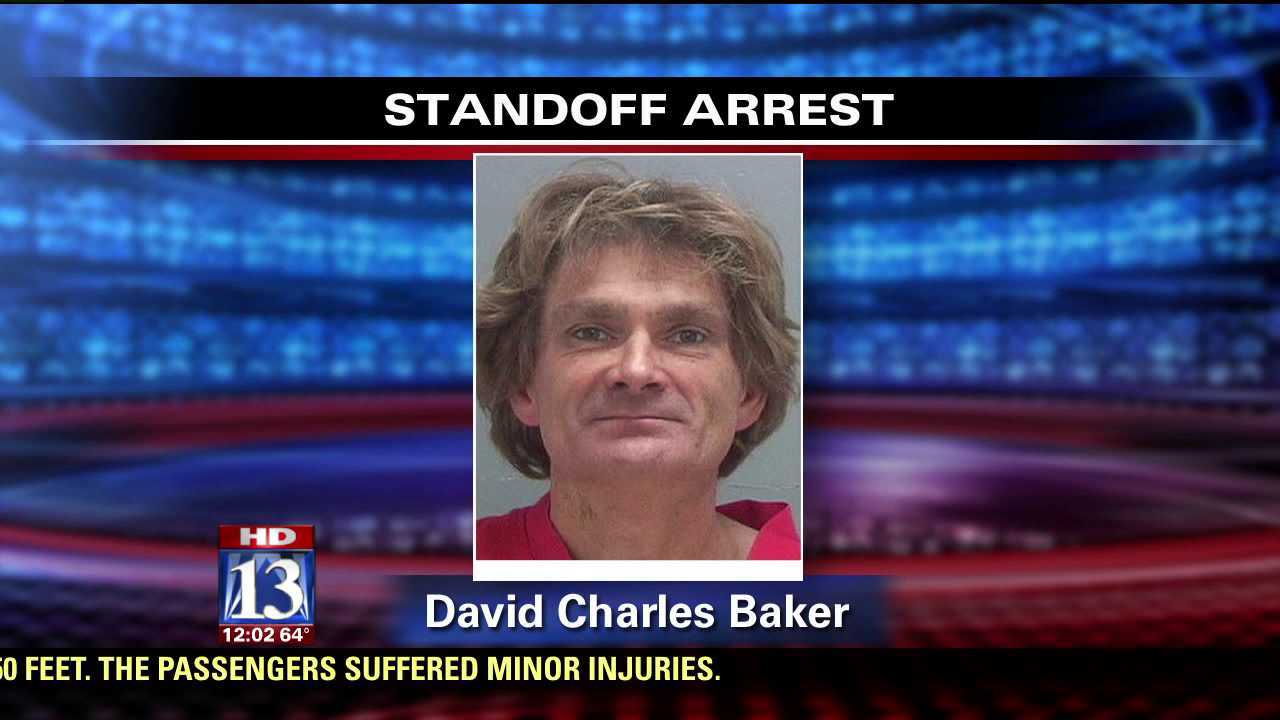 MILLCREEK, Utah - A Salt Lake City man is in custody after a four-hour standoff in east Millcreek on Sunday afternoon.

Unified Police Det. Levi Hughes say a man, identified as 47-year-old David Charles Baker, had barricaded himself inside his home at 3128 East Del Mar Drive at around 2 p.m.

"We were notified by the individual there was a device left at their house that may be an explosive by the suspect we have today," Hughes said.

Baker was reportedly heavily-armed with multiple firearms and had planted several devices that appeared to be explosive outside his home, a friend's residence and neighbors' homes. About 40 households in the area were forced to evacuate because of the standoff.

"We don't know what has set him off today, caused him to do the things he's doing but we've watched him place items around his house and at adjoining yards," Hughes said.

At around 6:45 p.m. Sunday, police were able to flush Baker out of his home and take him into custody. They are now investigating to find out what may have set Baker off this time.

An investigation of the supposedly explosive devices found that they are actually fake; military cases designed to look like explosives.

Residents were able to return to their homes after a six-hour evacuation Sunday.

Police say Baker has been on local and federal watch lists because of his declining mental state and that Unified Police officers had made several welfare checks within the last few months after Baker made dangerous threats.

Baker has an extensive online presence, including multiple YouTube accounts where he claims to speak to God, posts apocalyptic messages and appears to be running a write-in campaign for president with God as his vice-president. He often refers to himself as a reverend and the "Demon Angel of Honesty."

"Faithful viewers will know when I'm talking to God and this is a very good time right now. He's very much yelling in my ear," Baker said in one recent YouTube video.

Court records show Baker didn't have a serious criminal record beyond a DUI and some traffic violations.