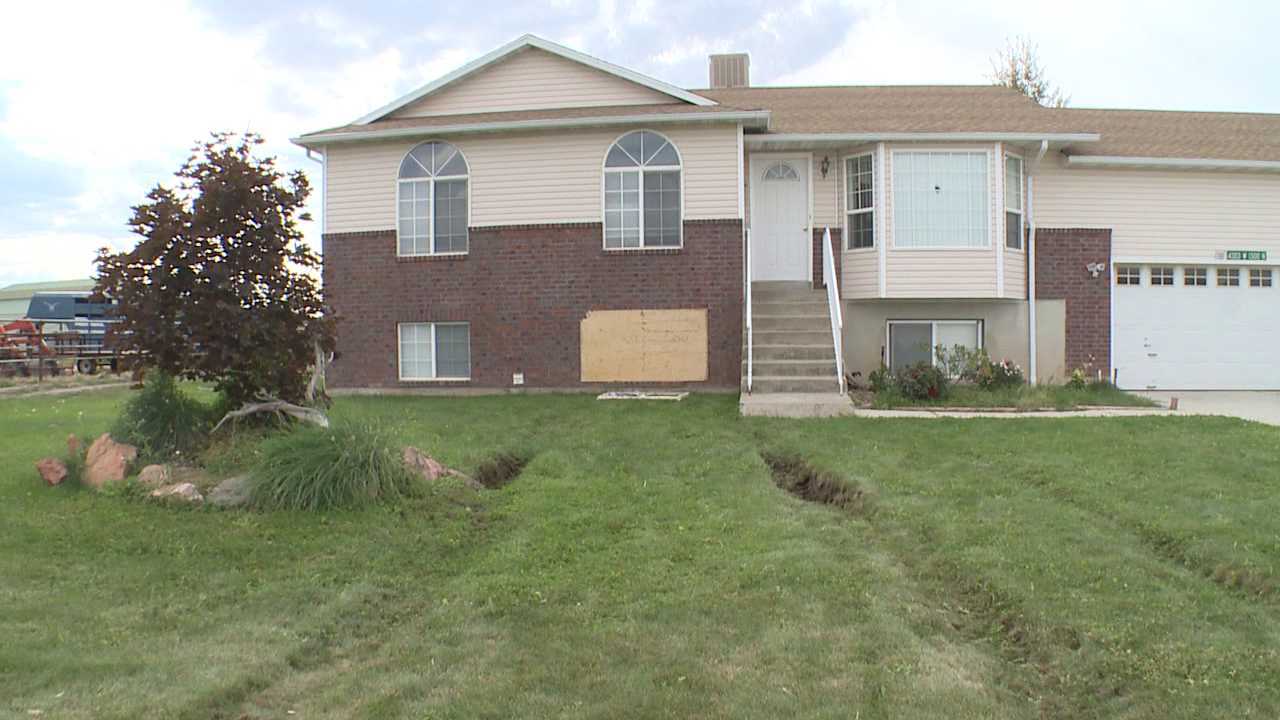 WEST POINT, Utah-- A 9-hour standoff with a 37-year-old man ended with an arrest in West Point Sunday morning.

It started around 10 p.m. on Saturday at a home near 4500 West 1400 North when police say neighbors called in a noise complaint about Robert Leavitt, who appeared intoxicated, playing loud techno music. Officers responded, and Leavitt complied and turned the music down.

Witnesses said a short while after the police officers left, Leavitt turned up the music even louder than before.

When officers returned to the home they said Leavitt tried to turn two dogs out to attack them and threatened to kill their officer.

"They approached the home and at that point of time the individual was very agitated, yelling at them, and then he tried to deploy two aggressive dogs towards the deputies," said Davis County Sheriff's Deputy Scott Harper. "While waiting for more assistance, the individual stood in the front window of his home with a large high-powered rifle. The individual was yelling expletives at them and threatening them that they were going to die and this was not going to be a peaceful ending."

The Davis County SWAT Team was called out to help with the situation, and they eventually took Leavitt into custody.

"The overnight standoff came to an end when the SWAT team shot tear gas into his windows. It wasn't long after that that he went willingly," said Harper.