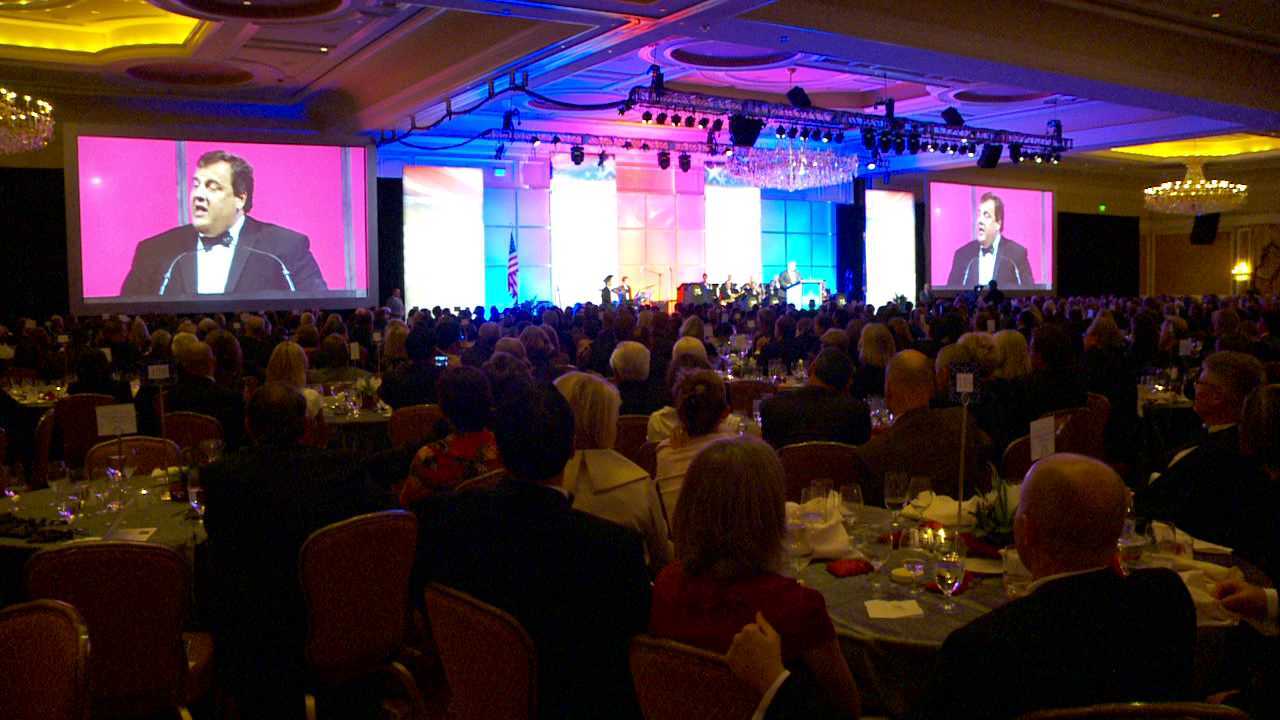 Nineteen corporations and individuals paid $25,000 to be presenting delegates. More gave $10,000 for the next sponsorship level. About 1,200 people in all attended, paying hundreds of dollars apiece for the event.

New Jersey Governor Chris Christie was among the speakers at the event. Christie aimed harsh critique toward President Obama.

“If Mitt Romney had ever said something like and he was president, there’d be two weeks of cable news shows about it because it’s so fundamentally stupid coming out of his mouth. You know what I say to my fellow Republicans? We should say it just that way. Let’s not say, ‘Well the president doesn’t make any sense.’ No. stupid,” Christie said.

Christie said he has proof that he considers Herbert a good friend, saying he spoke in Utah on Saturday instead of watching the last concert his idol Bruce Springsteen would ever perform in the Meadowlands.