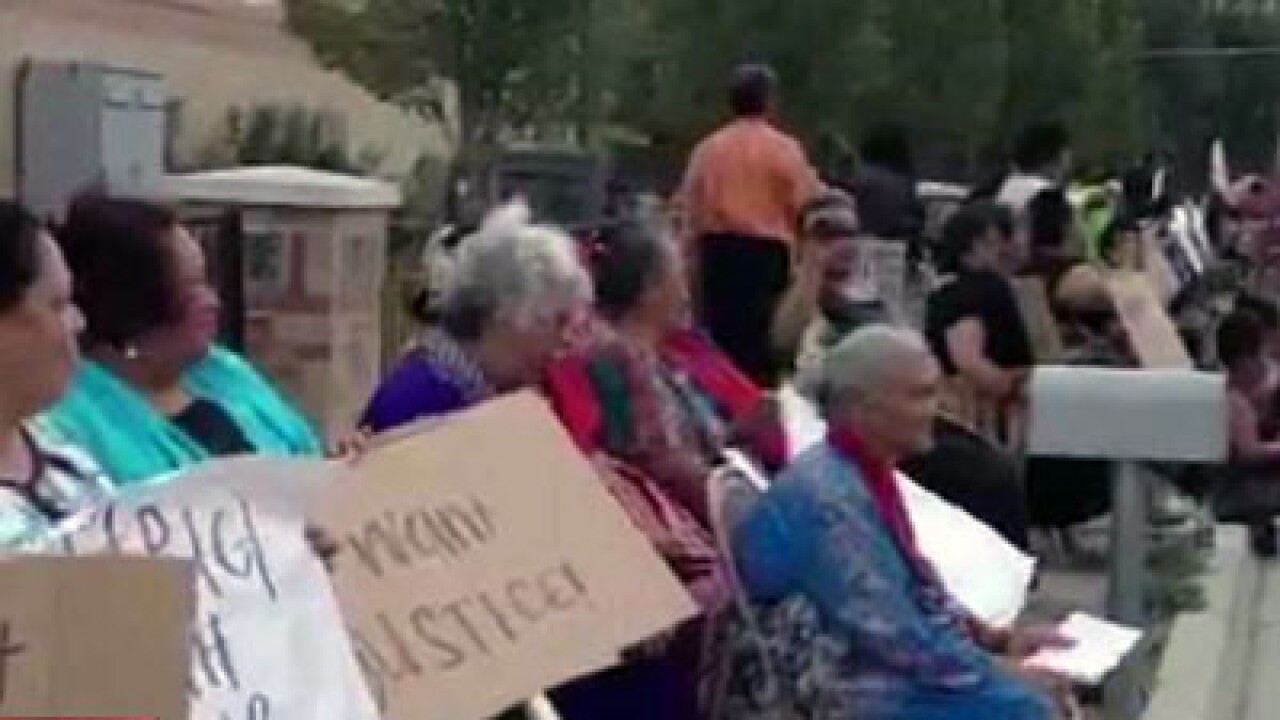 WEST VALLEY CITY, Utah - Members of the Tongan United Methodist Church in West Valley City protested before and after their services Sunday because their pastor has been suspended and they don't know why.

Pastor Havili Mone was placed on paid administrative leave for 90 days beginning in August. The suspension was made due to an administrative complaint from a superintendent. Church officials say Reverend Mone's suspension is an internal matter and he has been given a hearing. A temporary pastor from Hawaii has been leading church services in Mone's absence.

"[The congregation is] going to rupture somewhere because they're not given the right information. They love their pastor. They want him back. If the matter was so confidential, why was it not handled confidentially?'" said Taniela Lavulo, Ethnic Advocate

Officers from the West Valley City Police Department were present at the protests Sunday. Police were also called to the church Friday night because church leaders canceled a social event that night and they feared a brawl might have broken out.

A resolution is expected by mid-November. In the meantime, Reverend Mone is not allowed on church property.