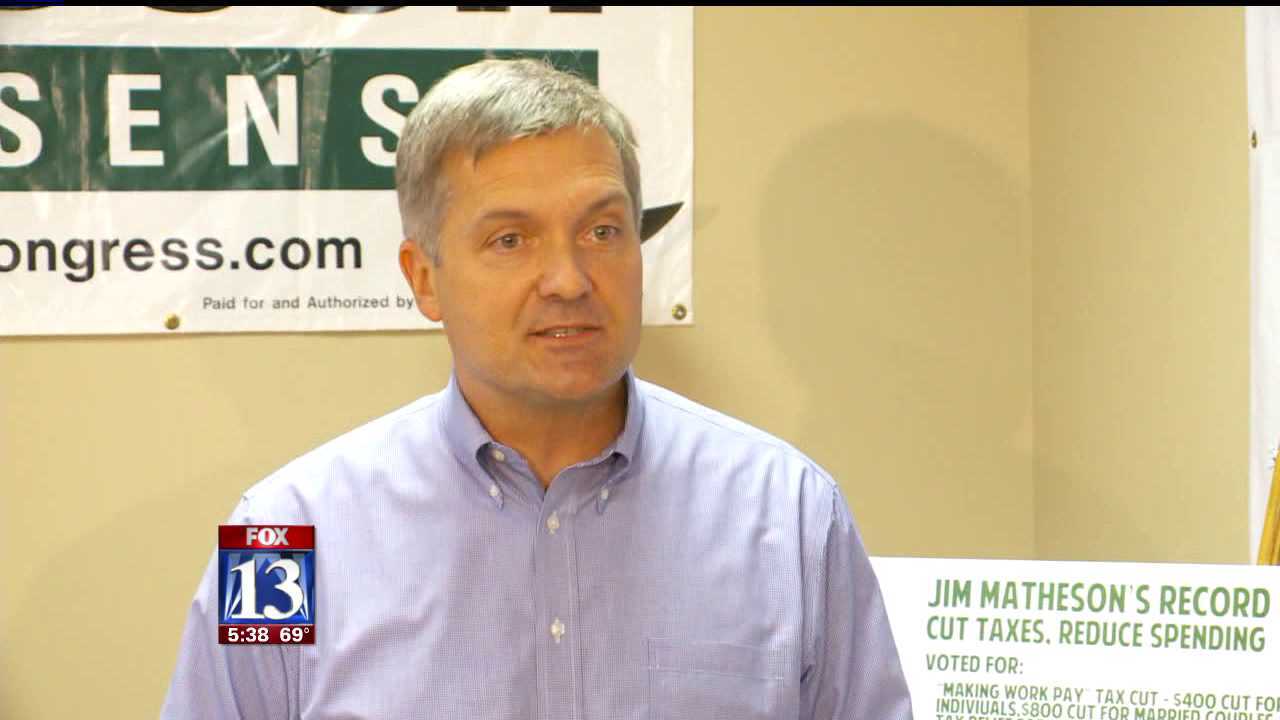 SALT LAKE CITY - The race for Utah's 4th district Congressional seat is heating up as Democrat Jim Matheson attacks Republican Mia Love on her record. Among the questions he raised: Did the Saratoga Springs Mayor raise taxes in her city? And does she support cutting federal college student loans?

"Talk is cheap -- the facts speak for themselves," said Matheson during a news conference Monday morning. "She may say she's for lower taxes on the cover of her website, but her record says otherwise.”

Matheson claims Love raised taxes by 116 percent in Saratoga Springs back in 2008, but in an interview with Fox 13, Love said that was not the case.

"People [Saratoga Springs residents] never had to pay anything but an agricultural tax," said Love.

The city was created in 1997 and residents did not start paying property taxes until four years ago.

Love says the money is used for public safety, but Matheson also claims crime in her city has gone up.

Love defended her record saying: "If you get more people involved, you'll obviously get an increase," but the Republican candidate also calls her city one of the safest in Utah County.

Matheson has been critical of Mia Love, who made international headlines after giving a speech at the Republican National Convention back in August.

"Running for Congress is not about platitudes or celebrity appearances; there are so many important issues that affect Utahns," Matheson said.

The six-term congressman, who is running in Utah's newly drawn 4th district, says one of those issues is federal college student loans. He says she is in favor of getting rid of loans if she's elected.

"The position I’ve taken on student loans is because when federal government gets involved, too involved with anything, cost goes up, competition goes down, efficiency levels and service levels go away. The tuition has gone up 500 percent since the 80s," said Love, who did not give a yes or no answer about whether she is in support of cutting federal college student loans.

"It's not only one of the competitive closely watched races in Utah; it's also one of the races watched closely nationwide," says Tim Chambless, a Professor at the Hinckley Institute of Politics.

Chambless says the race is tightening.

Three months ago, polls put Matheson ahead of Love by 15 percentage points. He thinks the margin has narrowed since then.

"We think that margin has probably shrunk to single digits with Matheson ahead with six weeks to go. It means the race is closing. We would expect it to close because the district was designed by the legislature to be about 62 percent Republican," says Chambless.

As a Democrat, Matheson faces the challenge of running a newly drawn district. But the 12-year congressman has been in this position before in 2002 when his district was redrawn then.