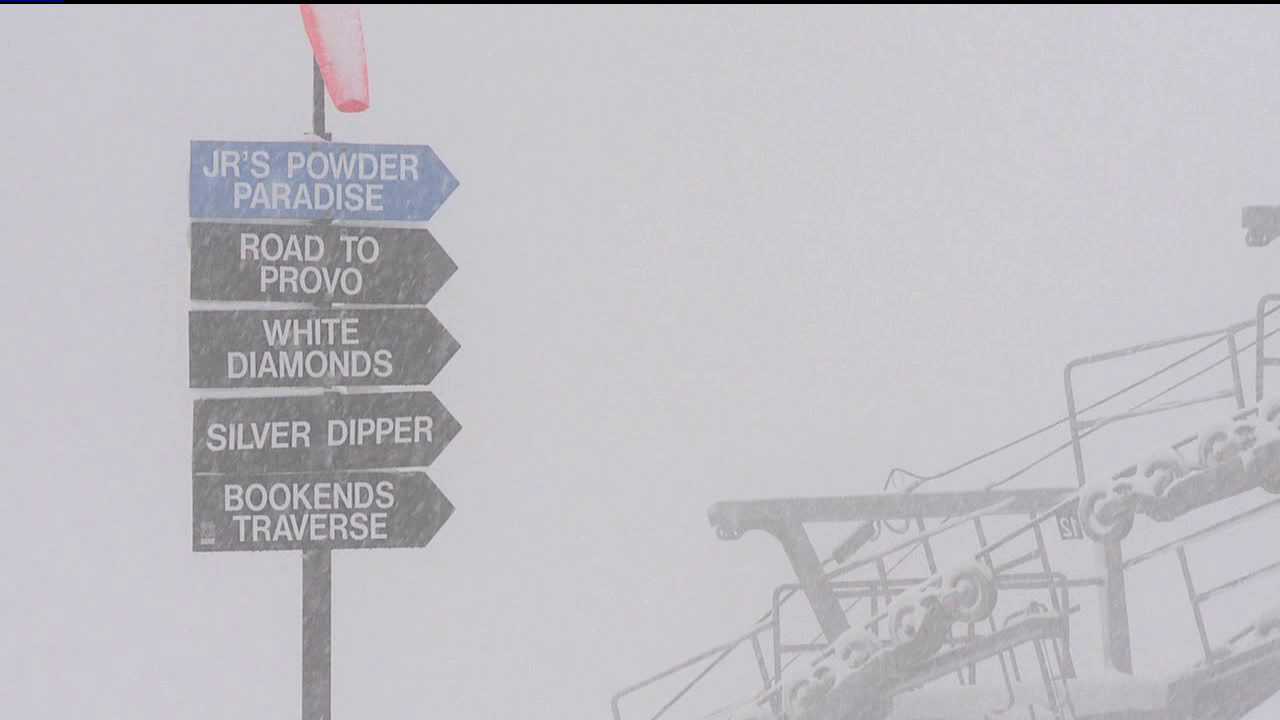 LITTLE COTTONWOOD CANYON, Utah -- Utahns heading up the canyons to find fall color found something else on Tuesday, fresh powder.

Dansie and his siblings took the Snowbird resort tram to the top of Hidden Peak.

“I’m grateful for it. We need the water. It’s been dry,”said Dansie.

Peaks in the high Wasatch Mountains can usually see a dusting of snow in September, but this was more then a dusting.

Following a low 2011-2012 snow season, snow boarders are hoping for a lot of powder, but they’re not getting their hopes up too high. Resorts are still a couple of months from opening.

“It’d be nice if it would stay,” said snow boarder Tim Valcourt. “I’m sure it will melt off again, but yeah this is pump. Come out and play in the snow a little bit, eat some snow, throw some snow, make a snowman.”

The snow only hit peaks higher than 9,000 to 10,000 feet in altitude, but averaged four to five inches on the peaks.

The frosting isn’t expected to last for long, but Tuesday it drew crowds just as much as the leaves.