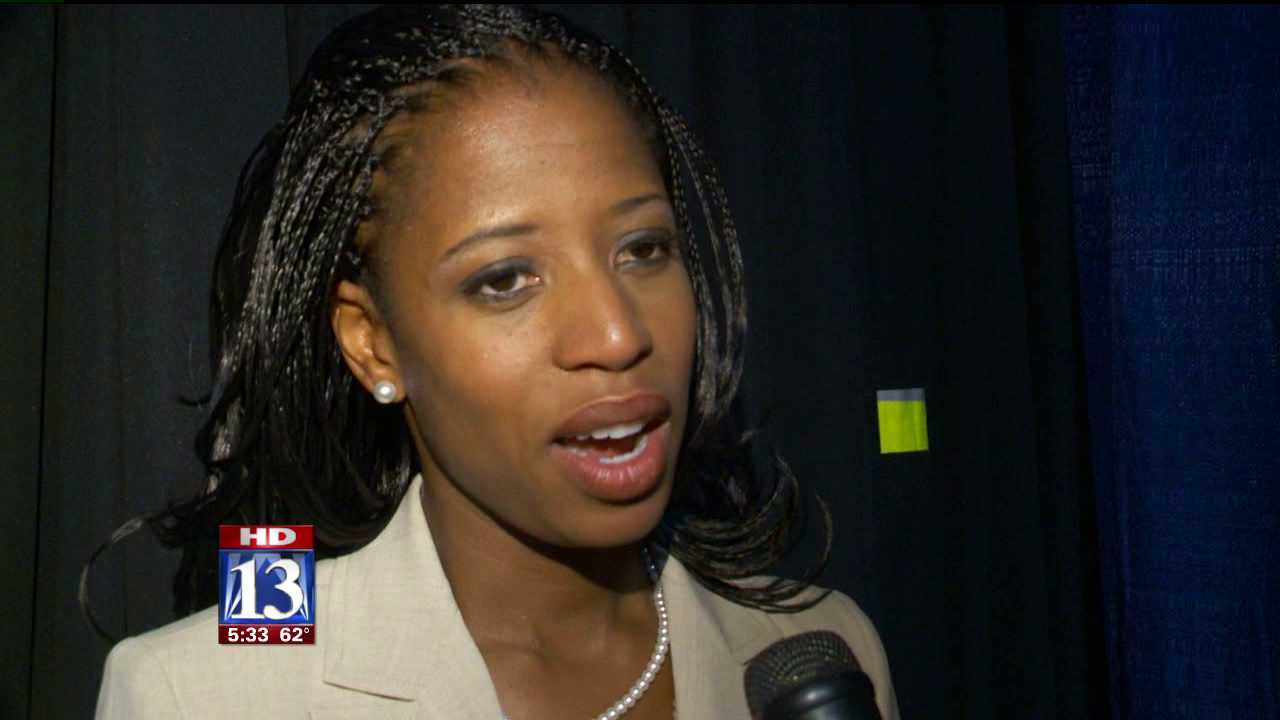 Mia Love is fighting back after an online article questioned whether her birth in the U.S. put her parents on the fast-track to gaining legal citizenship.

The term "anchor baby" is a pejorative term used to describe children born in the U.S. to immigrant parents, legal or illegal. The article raises a number of questions, including whether or not Love was her parents "ticket" to the America.

The Republican politician has used her parents' story of immigrating from Haiti in the early 1970's to the U.S. as her inspiration, touting it in her speech at the Republican National Convention when she said "My parents came here with 10 dollars in their pockets."

Less than 24 hours after Mother Jones' article, Love is speaking out calling the article "absolutely sad" and in reference to the term "anchor baby", during an interview with Fox 13, the LDS mother of three said, "I certainly never use that term and my parents never use that term."

However, she was quoted saying "my parents have always told me I was a miracle and our family's ticket to America" during an interview with the Deseret News last January.

When Fox 13 asked if her birth in America was the reason her parents were able to become U.S. Citizens, Love dismissed it as a non-issue.

"I'm not sure, maybe. What if someone got married? Maybe," said Love. "Again, what we need to focus on is that legal immigration is a good thing when you're and contributing to society. I'm the product of legal immigration."

Love called the recent article an attack, telling a local radio host it was her opponent Jim Matheson who was behind it.

"I think those are pretty reckless accusations to be making," Matheson said in reply to Love. "I didn't plant the story. I had nothing to do with it."

The six-term congressman, who faces the challenge of running in Utah's newly drawn district that is more than 60 percent Republican, says he cares more about debating the real issues.

"I'm here to talk about issues that matter to people in Utah, but I will say this: she's probably told her family story about a thousand times to different audiences. She's put it out there. If people have questions about that, then she ought to answer those questions," said Matheson.

Mia Love says her parents came to the U.S. legally through Visas and gained their U.S. citizenship after she was born.

Love's campaign released a new poll late Tuesday that indicates she is ahead of Matheson in the race for the 4th congressional district. The poll was released by Public Opinion Strategies, which does polling for the National Republican Congressional Committee.

The Public Opinion Strategies poll that puts Love in front of Matheson by double digits was done on behalf of her campaign. Matheson's campaign says the poll is biased and to not give it any credence.

Three months ago, a national poll put Matheson ahead of Love by up to 15 percentage points.