Jim McMahon says he suffers from early stages of dementia 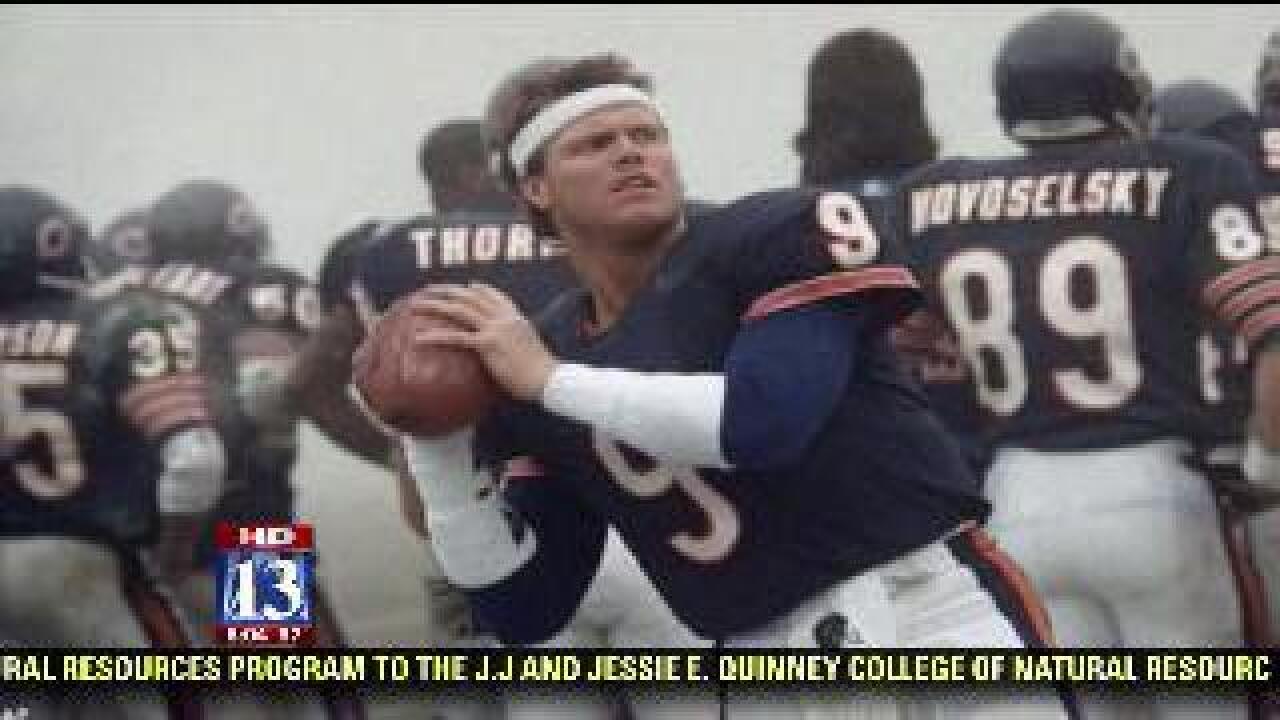 McMahon, 53, played at Roy High School and Brigham Young University before being drafted in 1982 by the Chicago Bears. He played in the NFL until 1996.

He is best known in Utah for leading the BYU Cougars to a 46-45 victory in the 1980 Holiday Bowl, known as the "Miracle Bowl" for the Cougars' 4th quarter comeback.

McMahon is among more than 2,000 retired NFL players suing the league for allegedly concealing the risks of repetitive brain concussions. He spoke to Lou Canellis, a reporter for FOX affiliate WFLD-TV in Chicago, about his injuries and how he now suffers from the early stages of dementia.

Jim told Fox Chicago that after a tough hit, doctors performed a brief check then let him back in the game.

"They'd ask you questions, basic questions. Where are you, what day is it? Stuff like that," McMahon told Canellis. "And if you were able to answer that and seem like you were okay they would let you back in.

"Being injured, if you don't play, you don't get paid. If I was able to walk out on that field, I was gonna play," McMahon said. "Had I known about that stuff early on in my career, I probably would have chosen a different career. I always wanted to be a baseball player anyway."

To read the interview, visit www.myfoxchicago.com.