New search for Jimmy Hoffa starts in a Mich. home 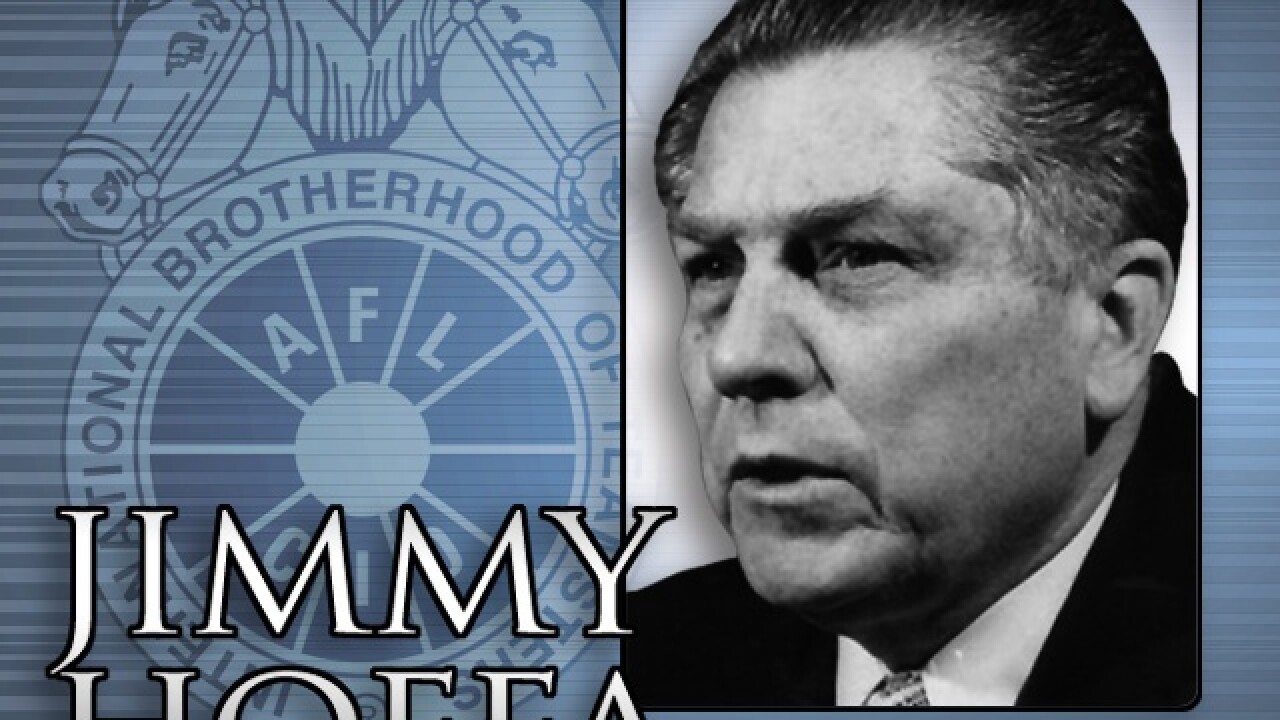 By Michael Martinez and Stephanie Gallman

(CNN) — In America’s endless search for Jimmy Hoffa, police will drill Friday beneath concrete at a suburban Detroit residence after a tipster claimed a body was buried there at the same time the former Teamsters boss disappeared in 1975.

Police say that the tipster’s information is “credible,” and a radar has detected an anomaly beneath the ground at a home in Roseville, Michigan, said Police Chief James Berlin.

Authorities don’t know who or what is buried there, but crews will take a core sample and test it for human remains, Berlin said.

The tipster didn’t claim Hoffa’s body was buried there, but he did tell police that the burial happened about the time Hoffa vanished, Berlin said.

Police weren’t releasing information about the tipster and were being diligent in their investigation, Berlin said.

“It took us a while to get the proper equipment to do what we’re going to do. If this is a person, they’ve been down there for 35 years. What’s a few more days,” Berlin told CNN Wednesday.

Results from the soil testing should be available next week, Berlin said.

“If they are positive, we will then start excavating,” Berlin said.

The alleged burial site is under a concrete slab, and the residence is occupied by new homeowners, who’ve been “cooperative and excellent to police,” Berlin said.

Other efforts to explain what happened to Hoffa include an unsuccessful 2006 search of a large horse barn in Milford Township, Michigan. The barn was torn down, and authorities searched beneath the barn’s foundation.

In 2004, authorities from Oakland County, Michigan, removed floorboards from a Detroit home and found blood that they thought might be linked to Hoffa’s disappearance. Milford Township is in Oakland County.

Authorities went to the Detroit home in 2004 after a biography of former Teamsters official Frank Sheehan stated that Sheehan shot Hoffa in the home, just beyond the front door.

Investigators ruled blood found in the house was not Hoffa’s.

Sheehan, considered a confidant of Hoffa, died in December 2003.

Hoffa was 62 at the time of his disappearance.

Hoffa believed Giacalone had set up the meeting to help settle a feud between Hoffa and Provenzano, but Hoffa was the only one who showed up for the meeting, according to the FBI.

Giacalone and Provenzano later told the FBI that no meeting had been scheduled.

The FBI said Hoffa’s disappearance could have been linked to his efforts to regain power in the Teamsters after he was released from prison.

After serving time for jury tampering and fraud at a federal penitentiary in Lewisburg, Pennsylvania, Hoffa was pardoned by President Richard Nixon on December 23, 1971.

Nixon included in the pardon a condition that Hoffa “not engage in direct or indirect management of any labor organization” until at least March 1980.

In September 2001 the FBI found DNA that linked Hoffa to a car that agents suspected was used in his disappearance.

Provenzano died in 1988 after being convicted in another murder case, and Giacalone died of kidney failure in 2002 at age 82.

Hoffa’s son, James P. Hoffa, is the current president of the Teamsters.