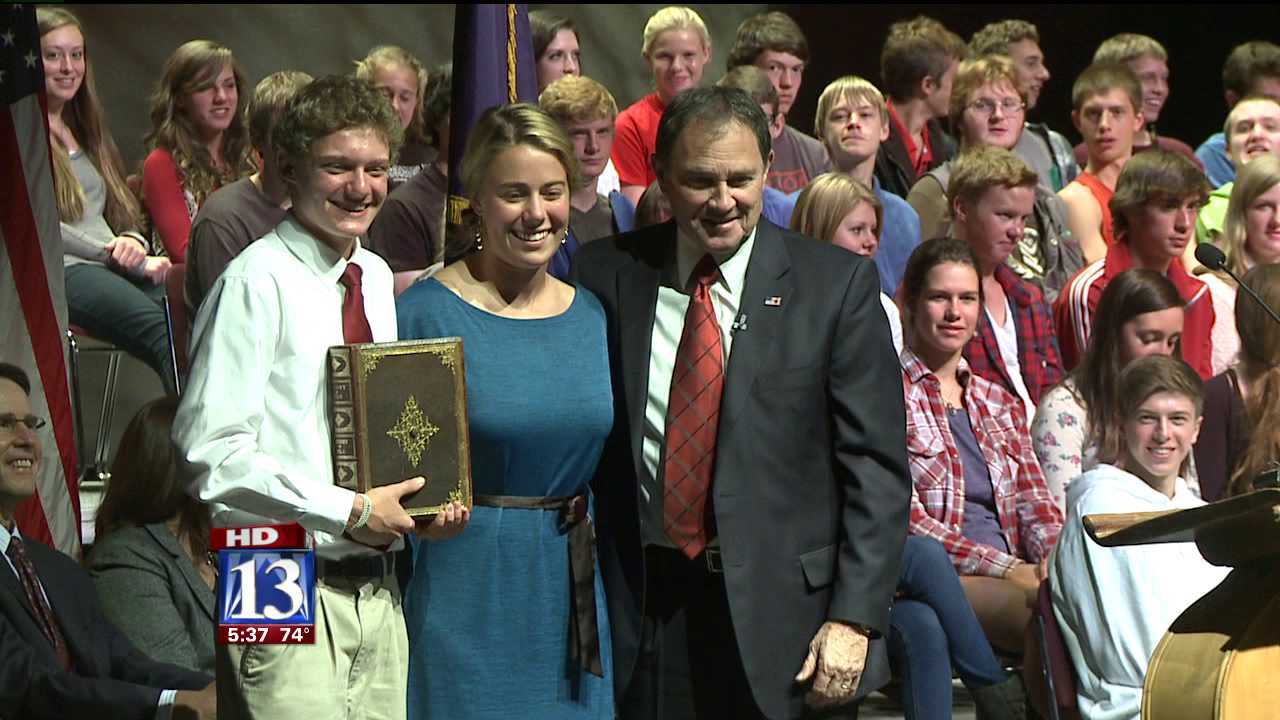 Wednesday Governor Gary Herbert announced PCHS scored highest in the state for the number of students enrolled in AP classes and passing.

“The success we’re having statewide, is really exemplified by what you’re doing here in Park City,” said Herbert during an award assembly.

According to numbers released Monday by the Utah College Board,  over half of PCHS’s student body is enrolled in AP classes with an 80% passing rate. The statewide passing rate is 68%.

“[AP participation has] really taken off in the last couple of years,” said Bob O’Connor, Park City High School principal. “With some new teachers and taking on some additional advanced placement offerings, our kids have risen to the challenge.”

During Wednesday’s assembly, Gov. Herbert awarded the student body with a trophy, a first edition copy of “The History of Utah” by Orson F. Whitney. He said the history of Utah is rich in education, so the book is a fitting trophy. Each year the trophy will travel to the top AP school.

“The encouragement we have in the state is to be college prepared,” said Gov. Herbert. “So you can have the skills that are necessary to line up with the market place out there.”

O’Connor says initially he was surprised to hear PCHS won the award, but credits the entire community with the achievement.

“The community here expects excellence,” said O’Connor. “Teachers at the elementary, primary, grade school levels lay a foundation and those kids move up to honors programs.’

AP students also credit the teachers for their success in AP programs.

“They’re always there after school if you’re not understanding something,” said PCHS Senior Skye Mooney. “I think the teachers are such a key part of our success.”