Poll shows Love ahead of Matheson in 4th District race 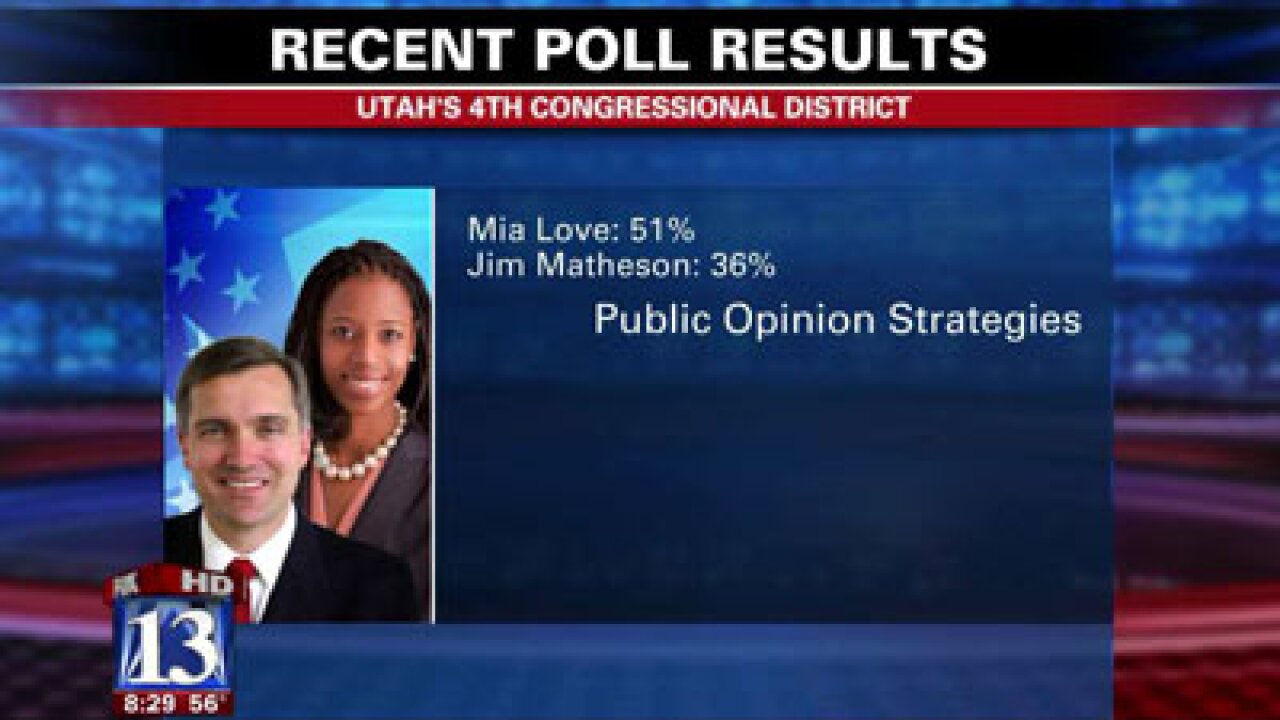 Mia Love’s campaign released a new poll late Tuesday that indicates she is ahead of opponent Jim Matheson in the race for the 4th Congressional District.

The Public Opinion Strategies poll indicates with just six weeks until Election Day that Matheson is now behind with 36 percent of the vote, while Love has 51 percent.

This polling was done on behalf of Love’s campaign.

Matheson’s campaign says the poll is biased and should not be given any credence.

Three months ago, a national poll put Matheson ahead of Love by up to 15 percent points.