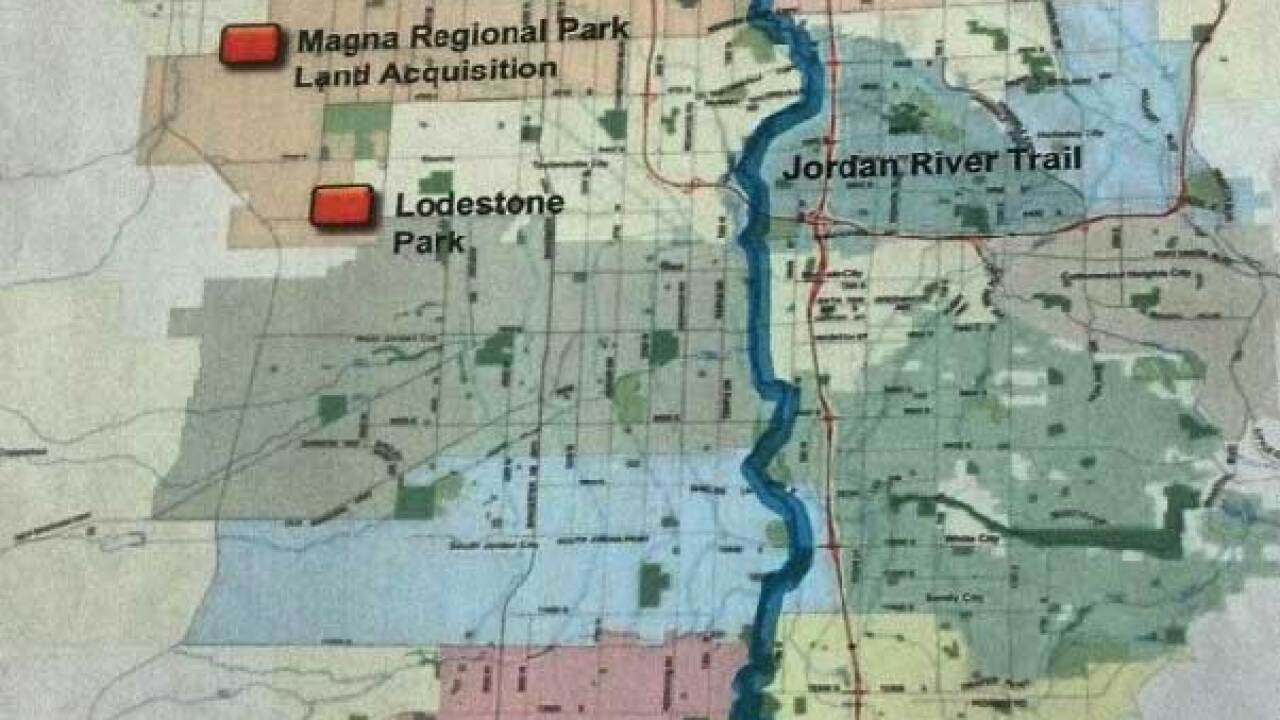 MAGNA, Utah -- Salt Lake County voters are considering whether to approve a $47 million bond for parks and trails.

The money would be used to complete the Jordan River Trail, which is a 45-mile trail running the entire length of the county. Proposition 1 would also complete a trail near Parley's Canyon.  The county said the bond initiative would also provide funding to build 60-80 acre parks in Magna, Bluffdale, Draper and the West Valley City and Kearns areas.

Proposed parks for a $47 million bond on the November ballot for Salt Lake County.

"The private sector's not going to be building parks or trails, it is a government responsibility," Salt Lake County Mayor Peter Corroon told FOX 13. "Now is a good time to build, even if we're still in a little bit of a recession. I always say I'd rather be building parks than jails -- if we can keep our kids doing things that are productive in the community, they'll stay out of trouble."

Corroon said the bond would cost the average taxpayer about $5.73 a year for the next 20 years. At a public meeting on Proposition 1, one critic accused Salt Lake County of not doing enough to guarantee those parks would ever be built.

"There's an opportunity for the county government at some future point to divert these funds and fund pet projects instead of the projects they've told us in the voter guide," said Jeff Salt of Great Salt Lake keepers.

Taxpayers at Wednesday's hearing had mixed opinions. Sally Marelius said she was a little leery because of how much money was being requested. Laura McDermaid was supportive of it.

"I don't think we'll ever get another park out here if we don't get the bond money to buy the property," she said. "And the property on this side of the valley is going to homes."