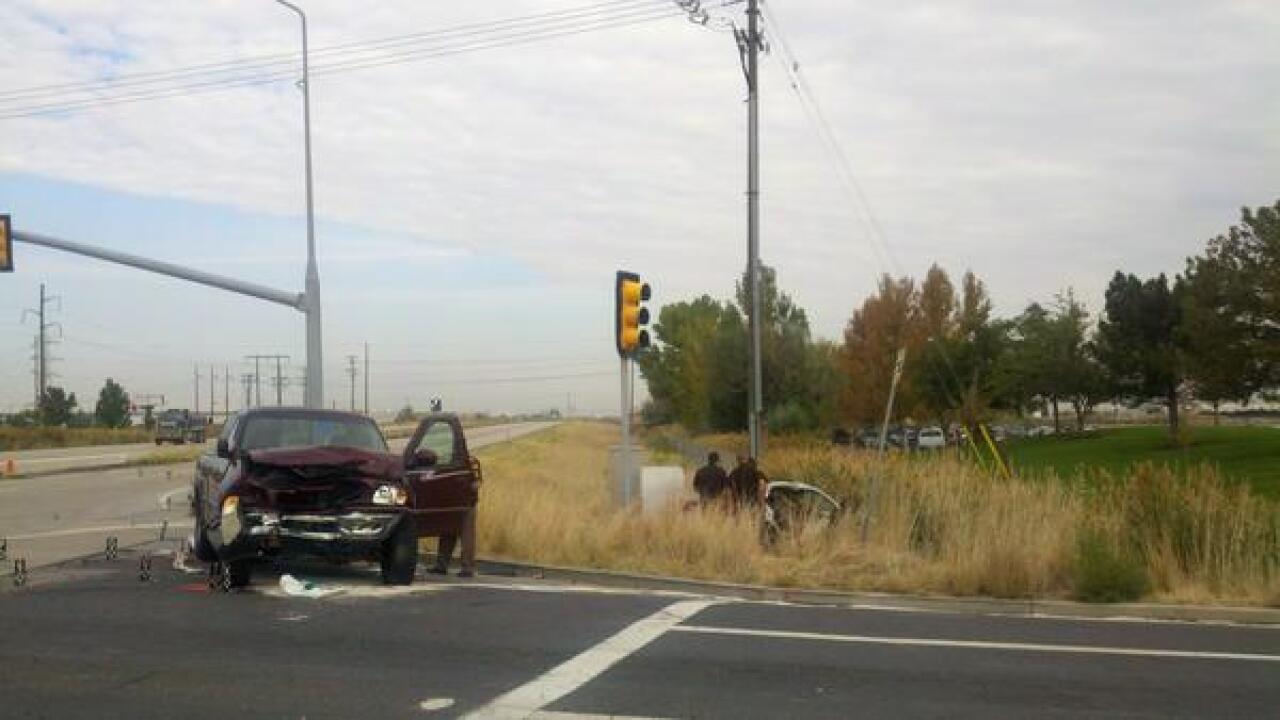 Three people were taken to the hospital with injuries after a crash on Bangerter Highway Wednesday morning.

The incident involving a pickup truck and a passenger vehicle happened on Bangerter Highway and 1820 South.

"Taking an impact in the door like that, I think she still would have been hurt, but I do know that seat belts will safe you from a lot of other injuries," said Sgt. Larry Mower, UHP.

A man driving a Ford F-150 pickup truck was traveling north when the light changed to red. He told police his brakes failed. The truck struck the car, which was turning left at the light, and pushed the sedan off the road onto a grassy shoulder.

Investigators said evidence at the scene supports the driver's story, as there were no skid marks leading up to the crash site.