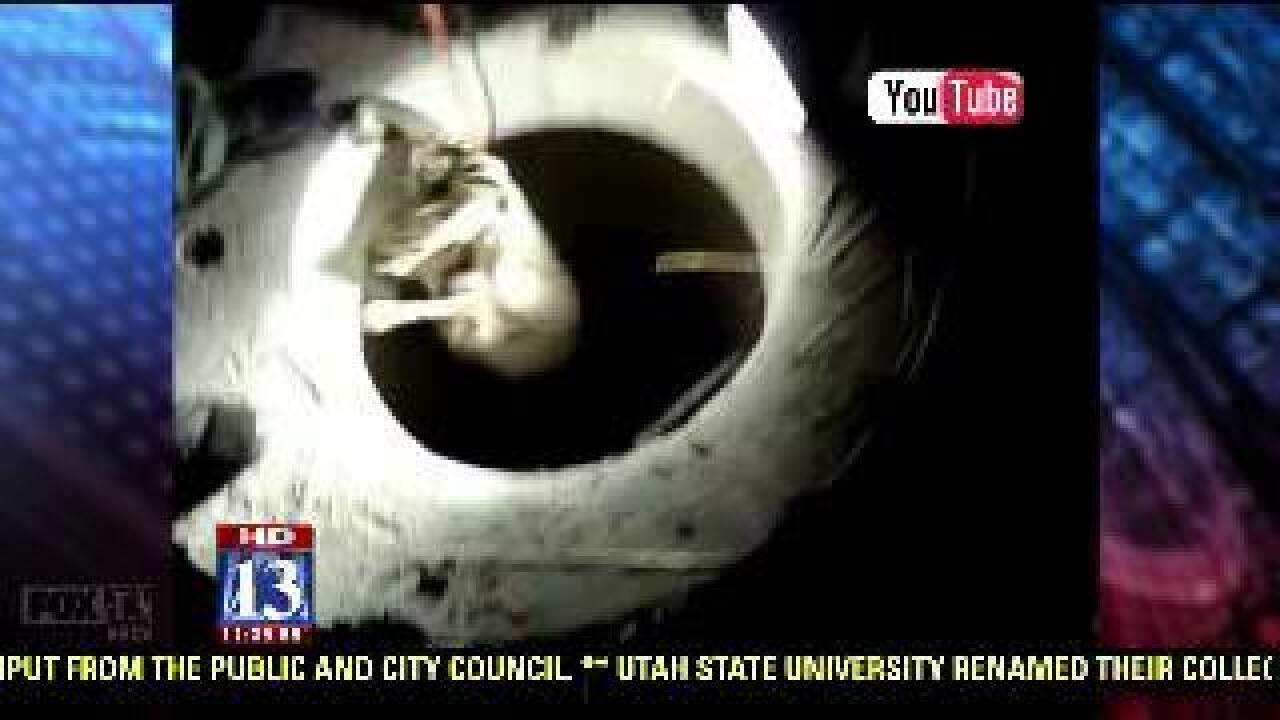 FARMINGTON, Utah - A deer rescue in Davis County was caught on camera.

Davis County deputies were called to rescue the deer that was trapped in a manhole this past week. They say without help, the deer would have died.

Crews had a choice to put the deer down or attempt to rescue it.

Using climbing rope, there were able to pull the deer out of the hole. Although the deer was unhappy, it appeared unharmed and was released it into the woods.