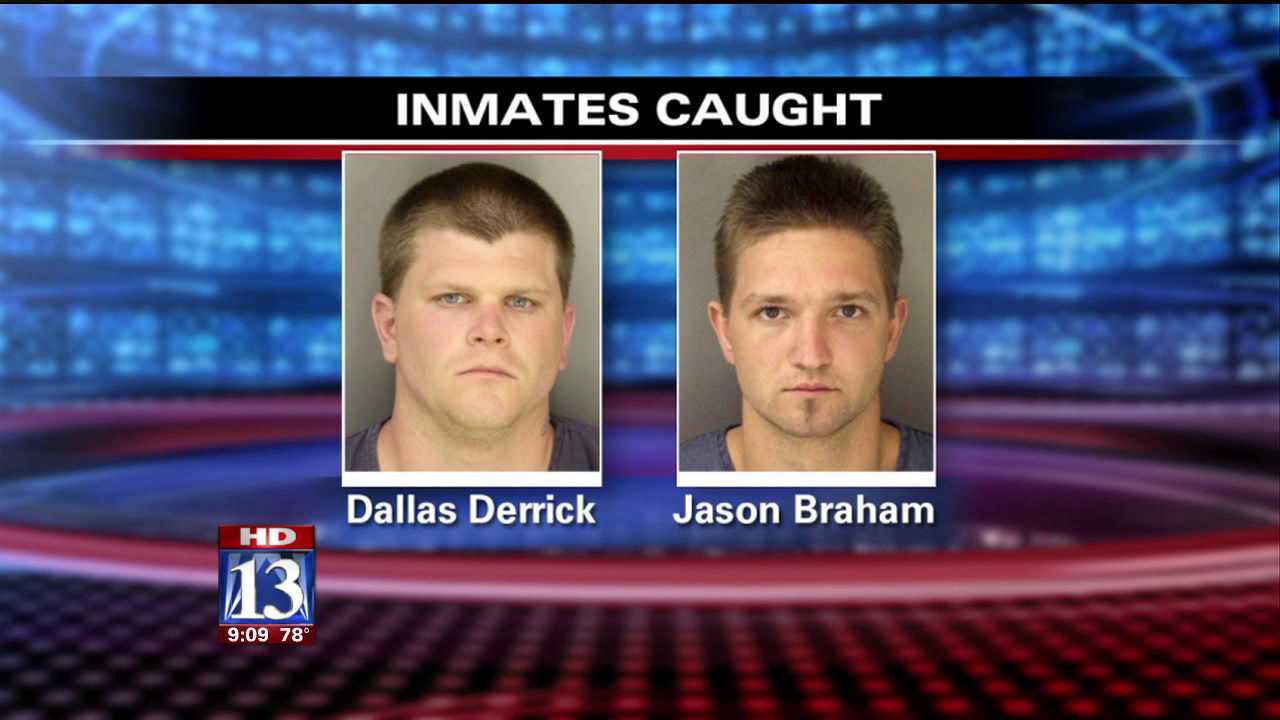 SALT LAKE CITY – The two Uintah County Jail inmates who escaped last week before being found days later in Nebraska will remain there to face new charges for crimes they allegedly committed while on the run.

Jason Max Braham, 21, and Dallas Ephraim Derrick, 31, escaped through a laundry vent on Wednesday, Sept. 19, and were found and arrested by police near Lincoln, Neb., on Sunday, Sept. 23.

Police say Braham and Derrick were able to get from Utah to Nebraska by finding cars with keys left in the ignition and driving them until they ran out of gas. They were approached in Lancaster County, Neb., as they tried to fix a car on the side of the road, eventually identified as the two escaped inmates and arrested.

The Nebraska court placed a detainer on the men until they face charges. At that time, they will be returned to the Utah State Prison.