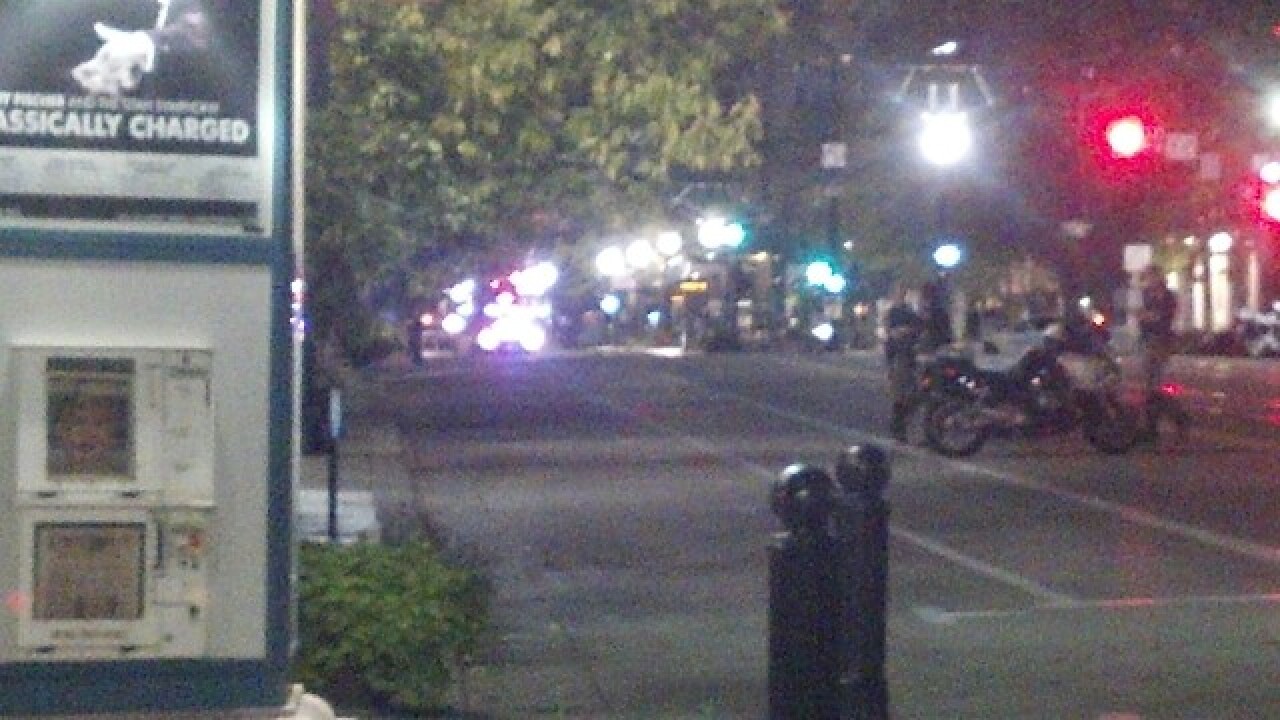 SALT LAKE CITY -- Police confirmed to FOX 13 the suspect shot and killed by an officer at the downtown Gallivan Center Trax station was armed with an explosive device.

Salt Lake City Police Detective Dennis McGowan declined to say more about the device. He told FOX 13's Ben Winslow the device was of "unknown capacity" -- meaning it was unclear how big an explosion would have been or how many people it could have hurt had it gone off.

Police were also unclear on 39-year-old Anthony Mayhew's exact motives. He was shot and killed by a police officer during the tense, two-hour standoff in the middle of downtown on Thursday night.

The incident started about 9:30 p.m. Thursday, when police say Mayhew began making threats, saying he was wired to a bomb. Police say Mayhew was holding some type of switch in his hand with wires leading into the backpack.

"He was just screaming and yelling and ranting and raving about how unfair life was and he was going to have to go to prison," said Mark Browarsky, who saw Mayhew at the Trax station. "He just seemed very despondent, very dissatisfied with his circumstances."

An officer tried to negotiate with Mayhew, police said.

"They issued repeated commands for him to stop. He had already communicated his intent. He was agitated, he said he had a bomb," said McGowan. "All the indications were that he was quite dangerous."

Police said at about 10:50 p.m., communication with Mayhew broke down and he started walking toward officers, ignoring commands to stop.

"In his hand, he had some sort of device that appeared to be a triggering type device with wires leading into the backpack," McGowan said. "And for a long period of time, he had been walking around in an agitated fashion, threatening to detonate this device that was in his backpack."

A loud boom was heard, and Mayhew was seen dropping to the ground. Police sent in a bomb robot to retrieve the backpack as he laid on the ground, not moving. Then SWAT team members began CPR as an ambulance arrived. Salt Lake City police said Mayhew was pronounced dead at a local hospital.

Overnight, the backpack -- and the device inside it -- was disrupted by the bomb squad.

The officer involved in the shooting has been placed on administrative leave per the police department's policy.