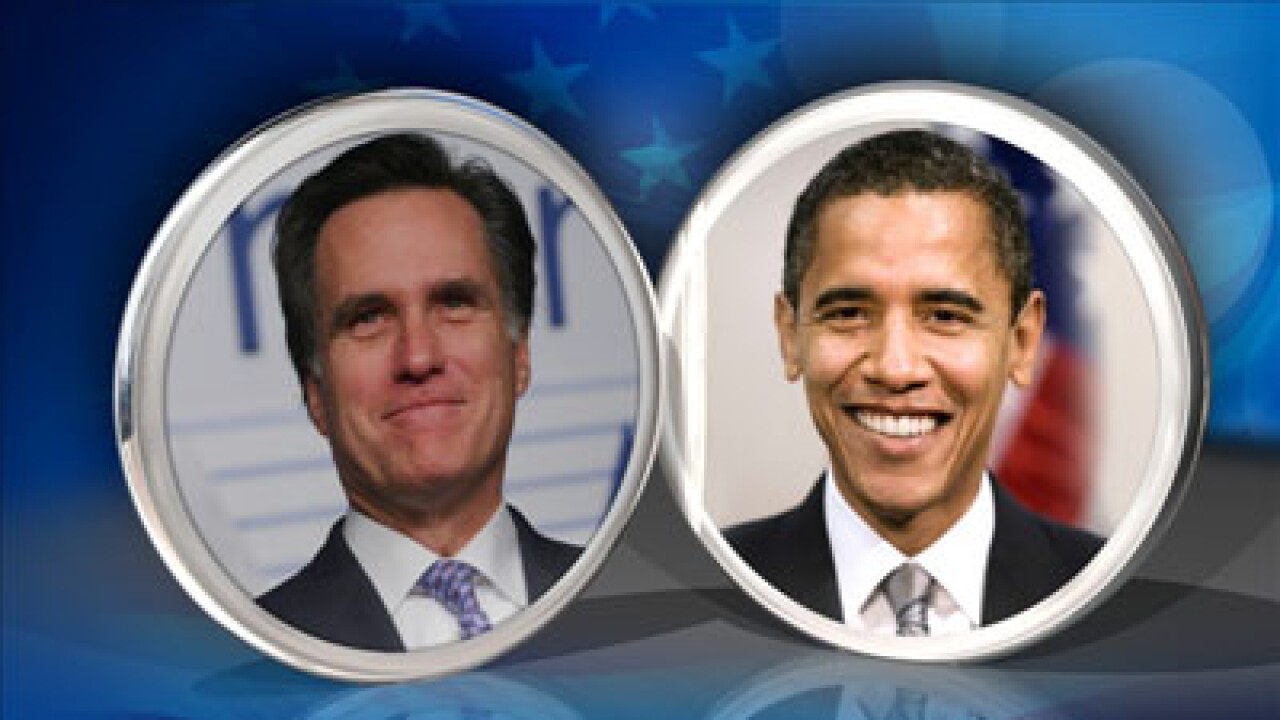 (CNN) — The Obama and Romney campaigns are seeking to manage — and in some cases lower — expectations for their candidate’s performance in the first presidential debate.

CNN obtained a memo on Thursday circulated by Beth Myers, an adviser to Republican presidential nominee Mitt Romney, that outlines several reasons why President Barack Obama may win the first of three scheduled encounters next Wednesday in Denver.

Obama, Myers wrote, “is a universally acclaimed public speaker and has substantial debate experience under his belt,” referencing the Democrat’s 2008 campaign against John McCain.

Myers also points to polls that showed Obama won those debates by “double-digit” margins and recent polls that show 25% of voters expect him to do better than Romney in their head-to-head meetings.

Obama advisers threw out the first pitch in the expectations game on Sunday, with Robert Gibbs saying that Romney is primed for success following a string of debates during the rigorous campaign for the Republican nomination.

“Mitt Romney I think has an advantage, because he’s been through 20 of these debates in the primaries over the last year,” Gibbs said on Fox News. “He even bragged that he was declared the winner in 16 of those debates. So I think, in that sense, having been through this much more recently than President Obama, I think he starts with an advantage.”

Traveling press secretary Jen Psaki told reporters on Monday on Air Force One that Romney has had more debate preparation “than any candidate in modern history.”

“They’ve made clear that his performing well is a make-or-break piece for their campaign,” Psaki said in an attempt to raise the stakes for Romney.

Both campaigns say they have the issues on their side.

“Based on the campaign he’s run so far, it’s clear that President Obama will use his ample rhetorical gifts and debating experience to one end: attacking Mitt Romney,” Myers wrote. “Since he won’t — and can’t — talk about his record, he’ll talk about Mitt Romney.”

On the trail on Friday

After campaigning in the battlegrounds of Ohio and Virginia over the past two days, the campaigns diverged on Friday.

Romney was to speak at a rally at the Valley Forge Military Academy and College in Pennsylvania, while Obama was in Washington for several fundraisers.

Romney and Obama courted veterans on Thursday in Virginia, appearing in communities that illustrate the state’s heavy military presence and its reliance on defense spending for jobs. Obama spoke near Virginia Beach while Romney rallied supporters in Springfield.

Obama and Romney both appealed to veterans and those connected with the defense industry as crucial voter groups in the state with 13 electoral votes. Virginia usually trends Republican but went for Obama last time and currently gives him a narrow lead in polls.

Virginia weathered the overall economic downturn better than most other states, partly due to its strong military association and contracting links. But cities and towns are now nervous about uncertainty surrounding defense spending in an era of soaring deficits.

Virginia would be hit hard if steep proposed budget cuts aimed at reducing federal red ink take hold next year absent a deal by Congress to forestall or soften them. The state could lose more than 130,000 jobs if a spending deal is not reached, according to an industry study by George Mason University in July.

Describing the cuts as a “gun-to-your-head” approach originally proposed by the White House and passed by Congress, the Republican nominee told a “Veterans for Romney” event that the impact on Virginia would be “devastating.”

Romney also cautioned the world was too “dangerous” to chip away at U.S. military power.

“I want a military so strong, nobody wants to test it,” Romney said, evoking the words that underpinned Ronald Reagan’s defense buildup in the 1980s — “peace through strength.”

Romney said he would review excess military spending to make the Defense Department more efficient and add 100,000 active duty service members. He also pledged to use the money saved in the defense budget to care for veterans.

Obama appeared near Virginia Beach, home of the Naval Air Station Oceana. He lost the city by one point in 2008 largely due to the support for John McCain, a former Navy pilot, famed war prisoner, and staunch supporter of military issues in Congress.

But Obama campaign aides believe they have a larger opening this election with veterans in light of the president’s more muscular than expected foreign policy and Romney’s widely noted omission of service-member related issues in his convention address.

“If you stand with me, and work with me, we’ll win the Tidewater again. We’ll win Virginia again,” Obama told an enthusiastic crowd at an outdoor pavilion.

Neither Romney nor Obama served in the military.

A string of recent polls suggest the president is maintaining a narrow lead over Romney and the Obama campaign is confident wins in both Ohio and Virginia will essentially foreclose any path Romney has to the 270 electoral votes needed to win the White House.

But it is very close. In two out of three recent polls, the margin of error, coupled with the percentage of undecided voters, leaves Virginia up for grabs.

The latest, a Suffolk University/WWBT-Richmond survey, shows Obama with a 46%-44% edge among likely voters in Virginia. Two point margin is within the poll’s sampling error. Seven percent are undecided.

Obama’s 2008 victory made Virginia — historically a Republican stronghold — a battleground. No Democratic presidential candidate had won the state since Lyndon Johnson’s landslide in 1964.