BASE jumper rescued in Provo Canyon

PROVO CANYON, Utah -- A BASE jumper is in serious condition after a daring rescue off a Utah county cliff Monday night.

“He went into the face of the cliff. The good fortune in that was that the parachute snagged on the cliff and he ended up being suspended there,” said Utah County Sheriff’s Sergeant Spencer Cannon.

Gardner was hanging for close to three hours while rescuers decided the best way to get him down. Cannon says it was a very tactical operation. Rescuers had to determine how to get Gardner off the cliff without injuring him or themselves in the process.

“It’s not being cold to say that we want the rescuers to be safe first,” said Cannon. “We have to make them safe first, because if they become part of the problem, then they can’t help with the solution.”

Volunteer rescuer Kevin Dickerson was part of that solution. One team took set up on the ground, and another took the top.

“That was the team I had a chance to be with,” said Dickerson. “And I was nominated to get on the rope and go down.”

Dickerson says it was an intense operation because a number of things could go wrong. He said at one point he could hear the parachute ripping, the only thing keeping Gardner from falling 150 feet to the ground below.

“Once I made contact with him, his first comment was ‘How far away are you?’ and ‘What is your plan, what are we going to do?”

Initially rescuers were going to hoist Gardner up the cliff, but when it became clear that wasn’t going to work, they changed plans.

“Adam had the idea of, why don’t you throw me a line,” said Dickerson. “He was in his harness, he had a helmet on, so that’s what we did.”

Gardner was taken to the hospital with injuries to his ankle, and was treated for adverse affects of hanging in his harness for close to three hours.

Local BASE jumper Creighton Baird says as far as he knows, Provo Canyon is not a popular BASE jumping spot. Like any extreme sport, it comes with risks, but experienced jumpers know those risks and take precautions to avoid them.

“One of the most dangerous things about BASE jumping is the landing,” said Baird, “ You can jump off almost anything as long as it’s high enough.”

Cannon says there’s no ordinance against base-jumping, and they only get a call when something goes wrong. He says the most the friends could face are citations for trespassing. 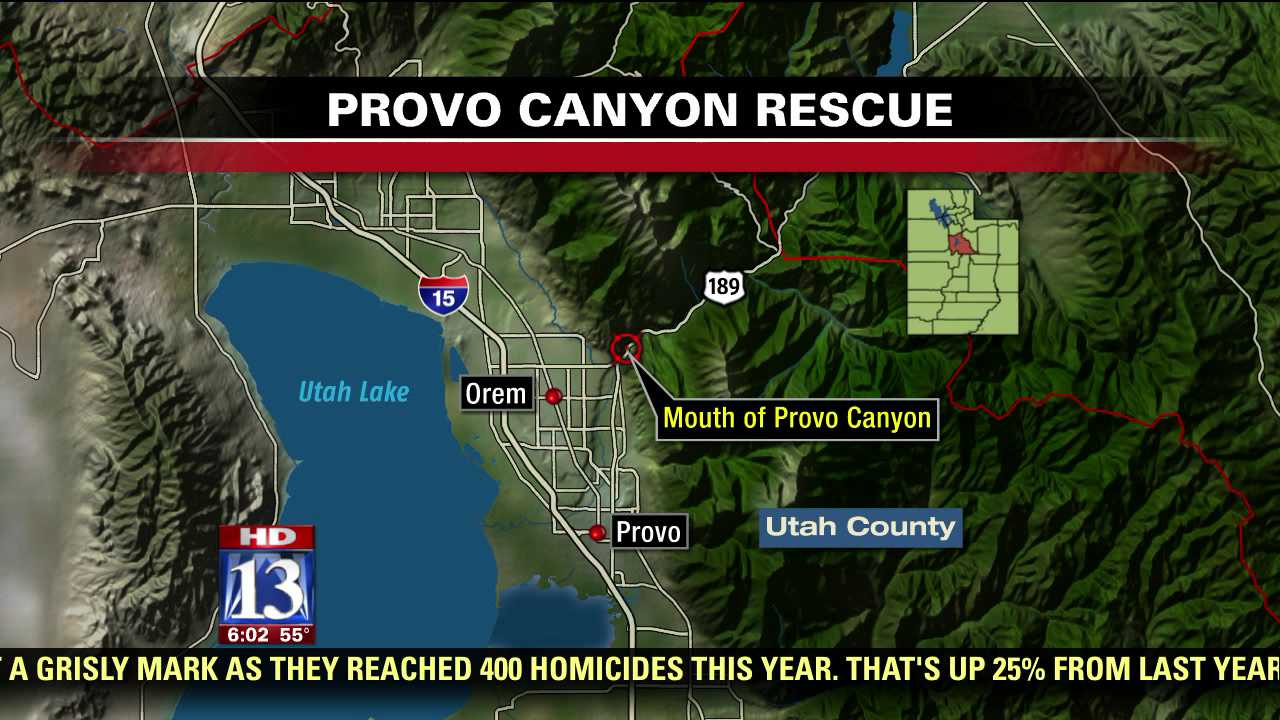