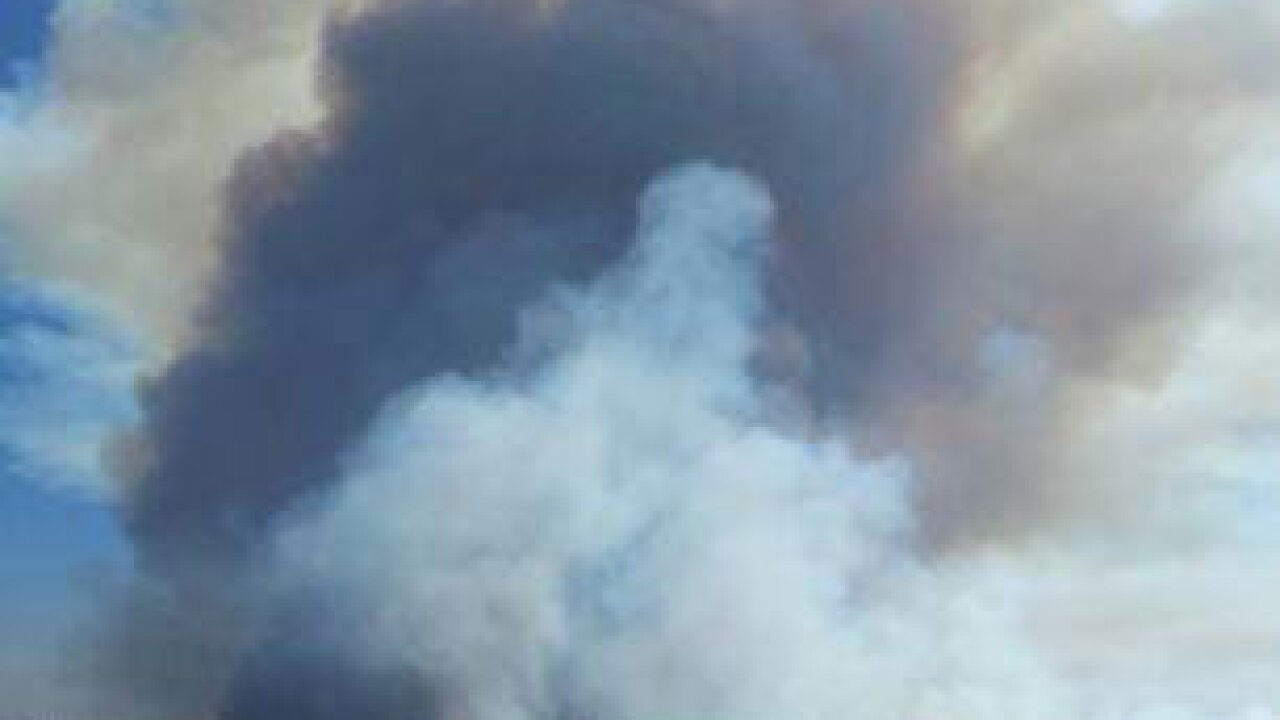 UPDATE, Oct. 4, 4:30 p.m.: Fire authorities released a statement saying the Roundabout Fire has not grown much since this morning and more containment has been brought around burn area.

It is currently at 2,458 acres with 75 percent containment, according to the Roundabout Fire Information Officer Mike Melton.

The Bureau of Land Management said they expected to have full containment of the Roundabout Fire on Thursday night.


As of Wednesday evening, the fire was 50 percent contained and about 2,450 acres in size.

UPDATE, Oct. 3, 8:15 a.m.: The Roundabout Fire has grown to more than 2,400 acres, according to the Bureau of Land Management. They report the fire is 20 percent contained.

The public is being asked to avoid Kern River Pipeline Road, the Lost Springs Road and the Horse Valley Road.

UPDATE, Oct. 2, 4:56 p.m.: Mike Melton with the Utah Division of Forestry, Fire and State Lands said the Roundabout wildfire has grown to 1,500 acres and is about 10 percent contained.

He says the fire is on public land managed by the BLM.

In a press released, Melton said the “public is being asked to avoid the Kern River Pipeline Road, the Lost Springs Road and the Horse Valley Road.”

No structures are being threatened at this time.

UPDATE, Oct. 2, 1:15 p.m.: The Roundabout Fire has grown to an estimated 400 acres, according to the Bureau of Land Management. There is no containment of the fire thus far.

The fire is burning in an area with steep terrain. There are no evacuations in affect.

Jason Curry with Utah State Division of Forestry says the Roundabout Fire sparked in an area southwest of Minersville in Iron County’s Black Mountains — about 20 miles northwest of Cedar city.

The Roundabout Fire Information Officer Mike Melton says crews have since been pulled off the fire due to dangerous terrain and lack of access.

Melton says on Tuesday crews will be back with more team members and two bulldozers to help suppress and contain the fire.

Melton says weather conditions may work against them as low humidity and high winds in upwards of 30 miles per hour are expected.